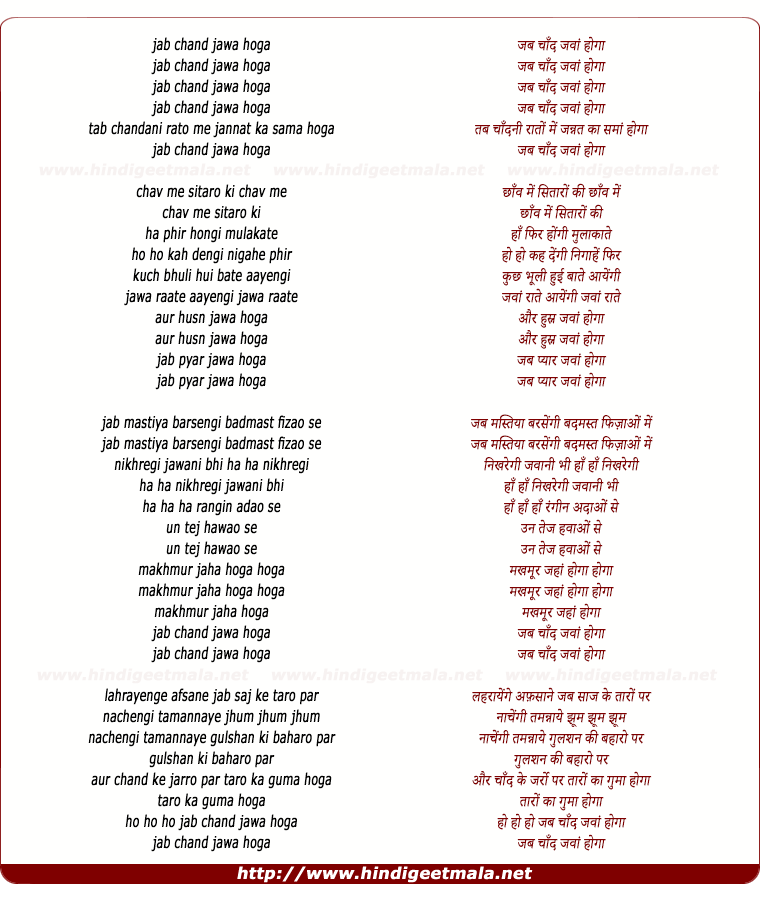 Comments on song "Jab Chand Jawan Hoga"
Vidur Sury on Saturday, February 26, 2011
@oldHFMfan Of course, all of this the 4 singers are stalwarts..it is
surprising to see Naseem Begum sing a pre-partition song, a rare instance.
Have you heard the great Geetaji in Padmini (1948, Ghulam Haider) and Meri
Kahani (1948, K Dutta)? She sounds really so different than later eras
singing in this vintage style. These, I think are uploaded on YouTube and
besides, being such an ardent fan of hers, I guess you must be having them.

Shalin Bhatt on Sunday, May 11, 2014
I do not think this is Naseem Begum, but rather Naseem Akhtar. Naseem Begum
had only been born in 1936, so she would have had to be 10 years old for
this song. Meanwhile, Naseem Akhtar was a well-established playback singer
at this time.﻿

Parag Sankla on Saturday, February 26, 2011
@vidursury I have no idea if this was Naseem Beghum's first song. Glad you
liked this rare song sung by a very young Geeta Roy.

Riaz Ali on Wednesday, December 22, 2010
rarest of the rare of geeta dutt ,shamshad and munawer sultana i really
appreciate your great work tank you so much.