We will add it as and when it becomes available.
Average Rating : 4.47
Total Vote(s) : 1529
Please rate this song between 1 star and 5 stars (5 stars being the best). Just move your mouse on the stars above and click as per your rating. Your rating will really help us to improve our website.


Comments on song "Laga Chunari Mein Daag Chhupaun Kaise"
Gurpalbaidwan on May 08, 2011
Spiritually and socially motivated, unique song, unique voice
Ali Ansari on May 27, 2011
i love the in this song that is manna da's high note
vinit sharma on June 20, 2011
a beautiful song rare to hear such a song .salute to manna dey
Nida Siddiqui on July 23, 2011
@mastkalandr lol. The immoral voice! Sorry, but I had to point that out.
Prof.R K Gupta on July 24, 2011
only god could sing better.It is ultimate.The outcome of life long Riyaz
and superb understanding of raag .lay and taal.The lyrisicist has written a
great poem having philosophical connotations.There is learning in
words.Great falwless immortal and unparalleled work of recent times. Salute!

Indy Pop on July 25, 2011
@saurabhmarwaha Hello Sir, love your knowledge of this. However, are you
sure about this? I have two doubts. First Mohd Rafi Sahib could sing
anything humanly possible on earth. Secondly, we know that only Mukesh or
Manna Dey used to sing for Raj Kapoor. I would really be surprised to know
if Mohd. Rafi was original choice. Though I agree both Mohd Rafi & Manna
Dey had high regard for each other, both great singers. Thanks

arti333ify on July 31, 2011
bade ghulam ali khan mughle azam is unbeatable .no doubt manna dey is also in comparable .great maesros from yesteryears
Kamal Shetty on September 08, 2011
only manna deyji could have done justice to this song
Hemant Desai on September 25, 2011
There are 3 dislikes???? I am convinced that there are fools in this world.
Gees how one can, NOT like this song.

asha1053 on October 01, 2011
I love this beautiiiful classical song by Manna Dey.
Chinmoy Roy on October 04, 2011
he is the best singer of our generation.
fartash ali on October 17, 2011
some things are classic like this song everything is perfect music lyrics
and voice even dance

Vaibhav Jain on February 22, 2012
One of from my all time favorites...
dawood anjam on March 06, 2012
great SAHER LUDIHANVI sab
thenikhil ! on March 14, 2012
thumps up if watching in 2012 !
mastkalandr on March 15, 2012
@then1kh1l .. Friends!.. You all are always welcome.. Thanks for liking n
sharing my small tribute.. Such immortal songs will remain with us forever
n with our generation too. ..Mastkalandr

archana singh on March 28, 2012
nodoubt manna dey is sing fantastic ,but dont compared with rafi ji
,because lata ji is not ahead with rafi ji ,but some people cover with this
talk, everyone has a certain position ,this is incomplete sentence , duniya
jab se bani hai tab se quality hai , rahegi ,nahi tuo frist or second
dictionary mein nahi hota ,but we respect to everyone ,if we are injustic
with quality,god will ask us ,

archana singh on March 28, 2012
rafi can sing this song better ,but rafi always appreciate to other singer
,rafi is appreciate all singers ,

mastkalandr on May 02, 2012
May GOD bless him with good health.. Thanks for sharing my small tribute to
the living legend Manna da !...

mastkalandr on May 06, 2012
Friend !. Thanks for sharing , May GOD bless him with good health..
ktpunjab on May 13, 2012
good info. yes Rafi was so right. and also it proves greatness of Rafi sahib
mastkalandr on May 14, 2012
Thanks for sharing this timeless classy..
1947asn on May 18, 2012
one of the two best songs I like forever. The second one is humein to loot liya milke husn walon ne. Apart from the music ,best lyrics in both.
arvind mehrotra on May 27, 2012
Really a melodious song sung marvellously.
Anwarturk on June 15, 2012
One of the class song in Bhairvi raag.
kunika aga on June 27, 2012
i love dis song immensely.. i dont understand hw god can make someone
sing so haevenly...

Ravindra Mathur on July 21, 2012
Time less Classy...
dhananjay dubey on August 29, 2012
Thank you Sir Prabodh Chandra Dey.
Jitendra Kumar on September 05, 2012
I love you Mana da.
Anil Pathak on September 20, 2012
apart from legend manna dey equal credit must go to the lyrcist sahir ludhiyanvi &music directer roshanji for creating a gem.
MrMalangii on September 29, 2012
They dont make such songs now! The whole truth abt our lives is been said
here. 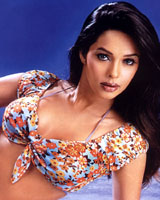 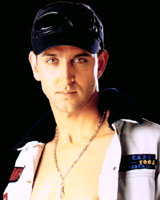