Video of this song from youtube
Average Rating : 4.26
Total Vote(s) : 65
Please rate this song between 1 star and 5 stars (5 stars being the best). Just move your mouse on the stars above and click as per your rating. Your rating will really help us to improve our website.

How about the other songs of this movie ?

Prem Pujari on November 01, 2008
what do you know, the full wardaat movie is available on youtube. search
for user boxerbhai77 .

But still, I'm very much interested in viewing only (good quality) uploads of the remaining songs of this movie !

Navindra Bassit on February 10, 2009
One of the very first indian movies i ever saw in 1981 back in Guyana. I
was only 7 at the time. This is the one i remember the most. Great movie
with my favorite indian actor of all time ---> Mithun. Yes i love Mithun
more than Amitabh.

Sheel Nagaich on September 15, 2009
This song was shot at the holiday inn in kashmir, i was 11 yrs old & yes
still remember the good ol days with my dad mithun da & our crew. Thankx
for posting this song.

TheTom0jerry on December 12, 2009
please znkp i will be glad even if it is audio.thanks a lot my friend.please let me know if i can be of any help to you.thanks a lot once again.
Ramachandra11 on December 31, 2009
Another slam-dunk Mithun-da song and of course great voice of Usha...complementing Bappi-ji
samir1942 on February 01, 2010
no comments hats off i just love this song
superbluerocks on February 23, 2010
y there was this bath scene in the beginning..couldn't relate it to the video...
fonzi0was0cool on March 22, 2010
in his heydays, mithun wore the most tightest trousers you can ever imagine
! never in the history of acting has an actor wore such tight trousers !
mithunda was unique in that regards...!

RAJPUTJODHPUR on May 26, 2010
The choreography,music ,mithunda al have done justice to the song it has been sung by bappida classic our new song writers and choreographer should learn something from this absolutely on of the best duet song
mizzsxcpari on June 11, 2010
mitun is sooo funny whn he started to dance in the beginning like he was so serious LOL LOL LOL then he jst got in the mood
lovleen mehlla on June 17, 2010
oh! man childhood was so fun, use to dance to this number all day all night
vja1970 on August 06, 2010
Mithunda was the James Dean of indian movies. He was coolness personified!
I cant think of any actor today who cud play G9 so well. Shah Rukh Khan wud
crap all over the screen.

thanks in advance to who so ever uplode it

ddfffggghhhh on October 14, 2010
who's the actress
Vikash Chandra on November 22, 2010
retro combo of Usha-Lahiri, ultimate song
VINOD00700 on December 10, 2010
at last after all those low quality of picture and sound, heres the better version
thank u prem ji

shubhakantadas on September 10, 2011
its a quality lift of kc & sunsine band's rock my baby.but credit to bappi
lahiri.for making such a good song.

shubhakantadas on January 10, 2012
@MrBudndoyle,sorry to response late,but you are absolutely right door door
is a straight lift from raindrops keep falling on my head by andy
williams.hope you will enjoy the original song .

shubhakantadas on January 10, 2012
@MrBudndoyle,sorry to respond so late, but you are absolutely right,door
door song is a direct lift from song called 'rain drops falling on my head'
by andy williams and it was latter resung by bj thomas,hope you will enjoy
listening to the original song.

TheSweetheart76 on January 22, 2012
love this song so much
Sam George on January 26, 2012
During childhood days, the general view was that it was hard to distinguish
the voices of Bappi and Usha Uthup - Bappi's quaint bengali accent was a
help though. Thanks Uploader! Usha Iyer singing for Kalpana Iyer.

MrBudndoyle on February 01, 2012
@shubhakantadas Thanks dude. I think BJ Tomas' version was a closer match
to Door Door. But I was surprised Bappi-da added his own touch rather than
blind carbon copy 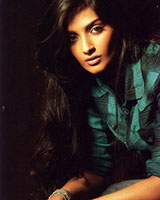 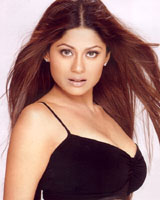