Video of this song from youtube
Average Rating : 4.05
Total Vote(s) : 40
Please rate this song between 1 star and 5 stars (5 stars being the best). Just move your mouse on the stars above and click as per your rating. Your rating will really help us to improve our website. 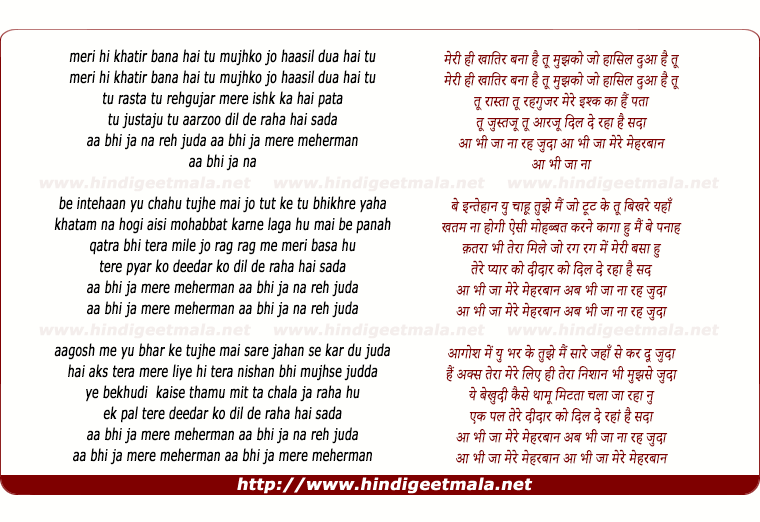 Comments on song "Aa Bhi Ja Mere Meherman"
dshiningsword on Thursday, February 14, 2013
wat u saying is right bro n i'm agree with this but to be very honest i'm
not a Gandhiwadi that I'll offer u other side of my face if slap me at
first.. i respect all the religions, countries and nation but if i see
anyone point at mine than I'm more than capable to reply same way... so
My point is clear if u want to get repect than respect Indians which ur
aitf aslam and many more pakis not doing so dont expect peace from me...
sorry... rest algud.

Devi Tripathy on Saturday, February 09, 2013
hey u just go to hell. this is india we all are people are equal before law
n stop writing such comments. Because of some people like u we faced
partition of india. people like u starts war between two countries.if you
have really much tension for our country then stop giving such comments, u
are not the person to decide what is ri8 n what is wrong. This power lies
in the hand of the judicary .

teeruvan on Monday, May 13, 2013
ok then call all paki singers back and finish indian film industry,,, ok ?
ask your singers they are dying to sing in indian movies, if you have self
respect call them back, i bet, they will never listen you, its indian
movies which have branded them as stars, otherwise who knew them,,,,i hope
our film industry wakes up and throw your garbage singers out of indian
movies

Bilal Alam on Friday, February 08, 2013
He fought for his team and country ! whats wrong with it. he was captain of
a team , he is not suppose to support opponents? He is suppose to find
thier deficiencies and highlight them. as sherya suggested see behind the
scenes video. It clearly shows gajinder singh asking him to find flaws in
opponents and spice things up. any way ... 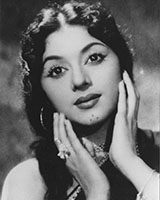