Video of this song from youtube
Average Rating : 3.94
Total Vote(s) : 18
Please rate this song between 1 star and 5 stars (5 stars being the best). Just move your mouse on the stars above and click as per your rating. Your rating will really help us to improve our website. 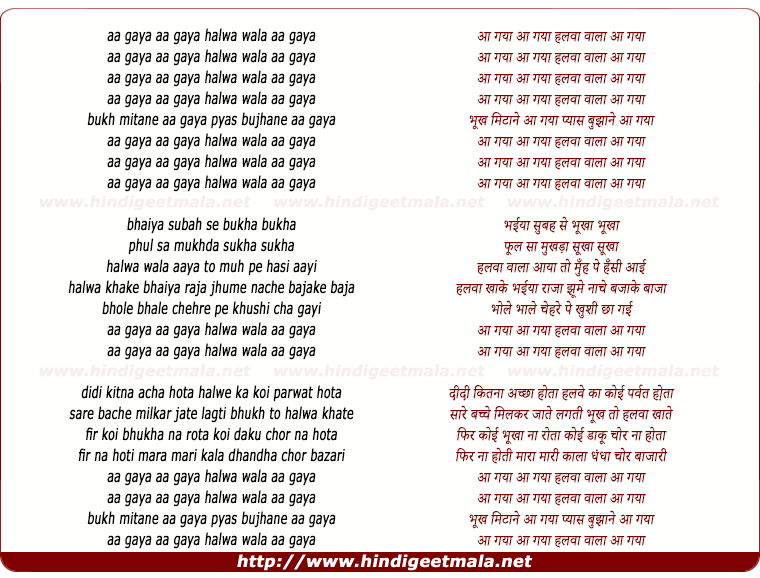 nosebleed33mk on Sunday, September 20, 2009
thnx guyz for sharing such a ever green song i lov this reminds me alot of cheerish memories back of childhood age... now all alone in sweden away frm family sad guyz life iz really not a bed of roses
rahul sinha on Friday, May 02, 2014
The day the song was recorded Bappi da in advance said B subhash the
director of the film to feed his entire music team with halwa on the day
the song will going to record and B subhash did so.﻿

coolraaga on Sunday, August 01, 2010
The kids are basically rejoicing the arrival of the "Halwa wala" (Halwa seller). Hawla is a type of dessert in India.
mangusx on Tuesday, September 08, 2009
i saw that movie 20 years ago... brings back butiful memories..thanx alot .
View all 31 comments related to song Aa Gaya Halwa Wala Aa Gaya