Video of this song from youtube
Average Rating : 3.69
Total Vote(s) : 16
Please rate this song between 1 star and 5 stars (5 stars being the best). Just move your mouse on the stars above and click as per your rating. Your rating will really help us to improve our website. 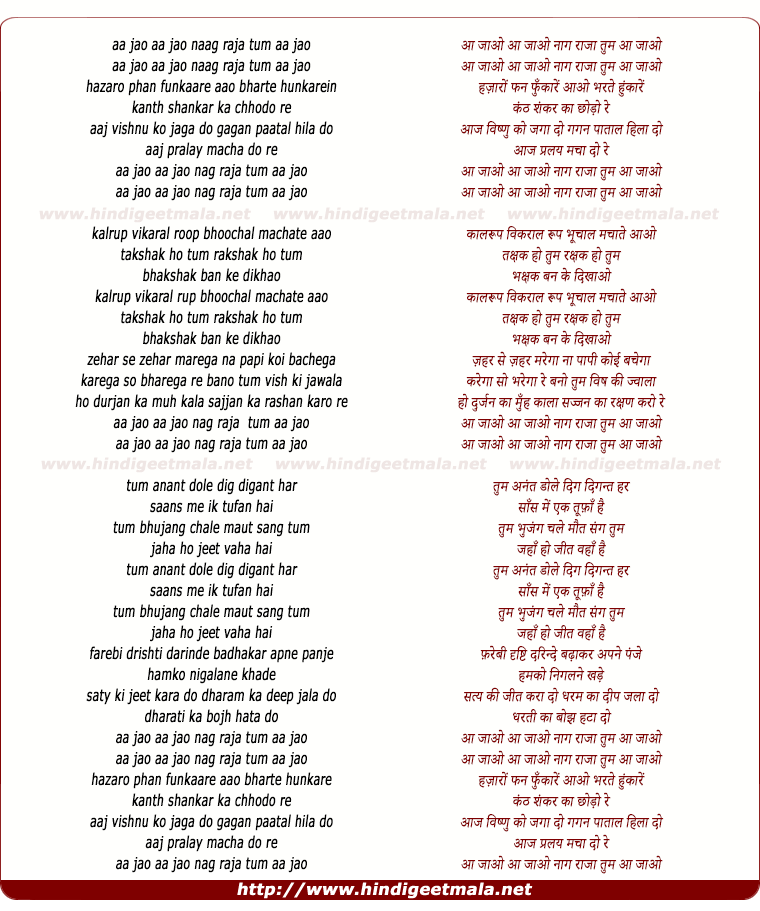 Comments on song "Aa Jao Nagaraja Tum Aa Jao"
janingrigory on Friday, August 24, 2007
I can't stand Jayaprada. She is so overrated and totally not good looking. She looks better as an old woman now than she did when she was young. She danced well in this clip but Sridevi was much cuter, had more screen presence, and better all around.
janingrigory on Friday, December 28, 2007
I would say Sri totally wins over Jayaprada in every single category! They're not even on the same level to be compared. The only thing I will give jayaprada credit for is that she is a very good dancer.
janingrigory on Tuesday, December 04, 2007
Jayaprada dances well but she doesn't have charisma or star quality. Sri has a much stronger screen presence and her looks are more attention grabbing as well.
Halimali on Tuesday, November 04, 2008
This shows your insecurity, Sridevi when asked about dhak dhak she said" I
can never expose unnecessarily, that would be vulgarity" Sridevi doesnt
like to do such songs, actually she doesnt need them to prove anything.
Saroj in that video is contradicting with herself she says that Sridevi
says no I dont like to do this yet she says that Sridevi told her that she
liked Dhak Dhak!!!! Hema Malini is one million times better than Madhuri in
everything. Dont comapre the dream girl with an item girl


Halimali on Monday, November 10, 2008
Dark what are you talking about???? what show Jaya stole??? Dont be biazed,
even though Im a fan of both I would say none of them stole anything in
Aakhri Raasta. Aakhri Raasta is nice bec of Amitabh Bachchan ONLY. No
matter who played both the girls role. Aakri Raasta got the success bec of
Amitabh Bachchan. One more thing though Jaya Played many roles against
Amitabh she never got the opportunity as Sri had with Khuda Gawah. No
actress ever had a double role in AB movie at his peak EXCEPT SRI