Video of this song from youtube
Average Rating : 4.38
Total Vote(s) : 1040
Please rate this song between 1 star and 5 stars (5 stars being the best). Just move your mouse on the stars above and click as per your rating. Your rating will really help us to improve our website. 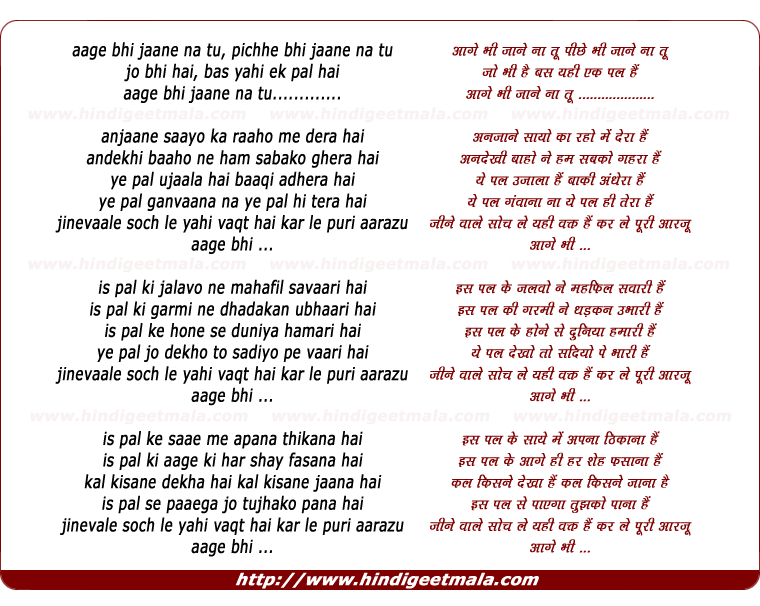 Vinay Hegde on Friday, August 14, 2015
To me this is not only of Asha Bhosle's finest songs, it is the central
point, the fulcrum of Waqt. There is so much happening in this song, it
moves the story forward and features all the main characters of the movie
(except Balraj Sahni). Marvellous.﻿

vim on Sunday, September 04, 2011
im not a very big fan of ravi's music...but for this movie and for
nikaah...I would say...hats off.and how beautifully sung by Asha
jee.i must have listened to this song a zillion times...and it still
gives me the same feeling...

ways1234 on Tuesday, September 18, 2012
Ravi shanker sharma the name is magic, all heavens his music, amazing songs
in Hindi and over the last 30 years amazing songs in Malayalam language
winning national award for the best song of the year, year after year.