Video of this song from youtube
Average Rating : 4.29
Total Vote(s) : 31
Please rate this song between 1 star and 5 stars (5 stars being the best). Just move your mouse on the stars above and click as per your rating. Your rating will really help us to improve our website. 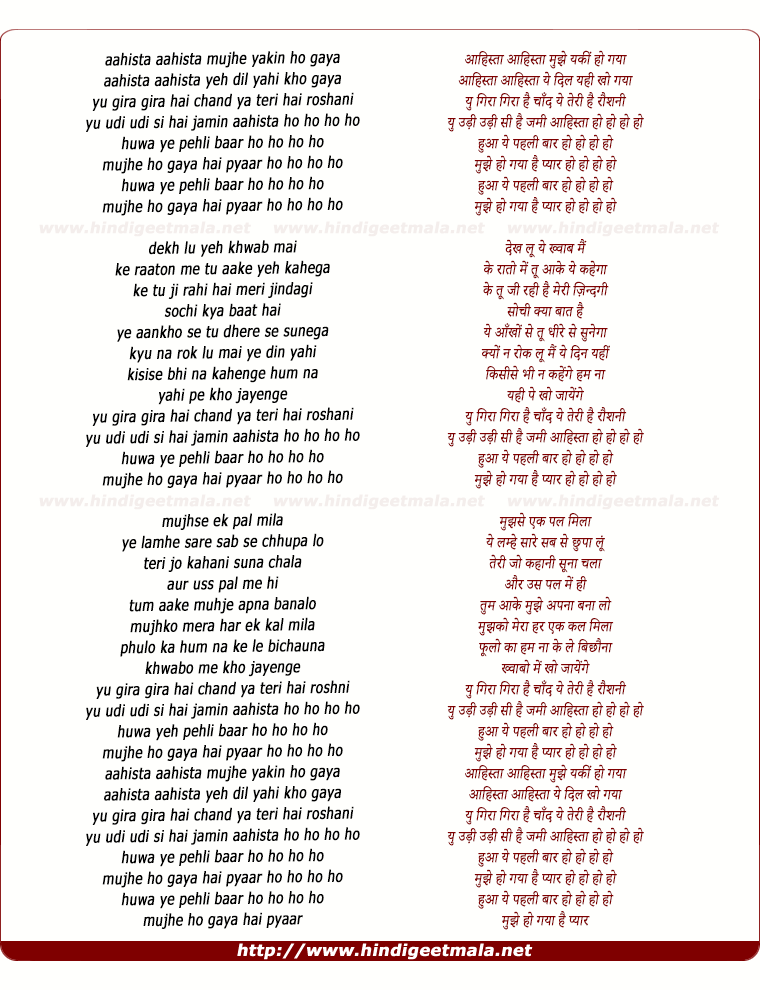 Comments on song "Aahista Aahista Mujhe Yakin Ho Gaya"
AmanRules1985 on Wednesday, November 04, 2009
Lucky Ali, the best singer with his best voice. His songs are really good and mind blowing. I listen to this song more 10 time in 1 hour. Luky li the best
Loath some on Sunday, May 23, 2010
i personally liked these two as a couple in the movie than deepika and
ranbir i clnd see the chemistry between them two. these two were cute

TheMimiWeeny on Thursday, April 15, 2010
@bollywoodgirl15 He womanizes this girl and bips in the movie, but falls in real love with deep thd third girl
janam515 on Wednesday, January 22, 2014
I don't understand for a movie scene, no jackets in such cold snowy
location!! That's dumb!!﻿

jinsherpa on Thursday, August 13, 2009
in this movie the guy only has three gf so how does it make him killer didnt get it
View all 25 comments related to song Aahista Aahista Mujhe Yakin Ho Gaya
Popular Links on HindiGeetMala