Video of this song from youtube
Average Rating : 3.56
Total Vote(s) : 9
Please rate this song between 1 star and 5 stars (5 stars being the best). Just move your mouse on the stars above and click as per your rating. Your rating will really help us to improve our website. 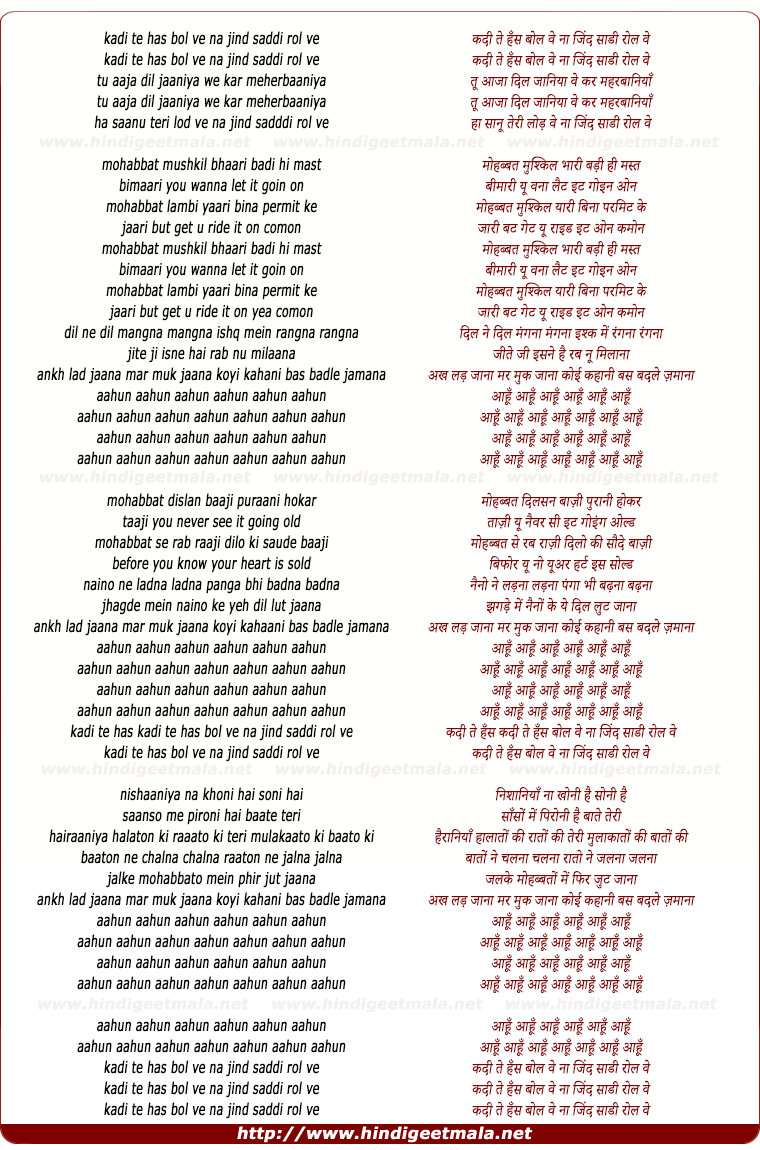 Comments on song "Aahun Aahun Aahun"
aasif ahmed on Tuesday, January 03, 2012
This muzic is copied from a Bangla song "Bondhu tumi koi" By mamtaz
kashmirpundit4life on Tuesday, August 10, 2010
@hawakajhonka1 while I agree that attacking the Golden temple was the
greatest disaster in modern day Indian History, just simply cordoning off
the Golden Temple would not have accomplished anything. Keep in mind that
the plan to invade the Golden Temple was rejected several times until there
was no other option. Also keep in mind that the first shots were fired not
by the army, but by the militants inside.

Yasir Zaman on Friday, July 08, 2011
@yasirnoorzaman by the grace of god our upbringing are much better than ur
upbringing u people dont have a ming .ur thoughts are always negative .and
about our programs these programs are not copied frm ur shows but even ur
shows are copied of hollywood shows.and the shows like meera ka
paati,nachle etc got 0% trp nobody like to watch that shows.and last sorry
for using bad language towardr u.

sikhrocks on Friday, July 08, 2011
@yasirnoorzaman See ur language shows the kind of upbringing u got. after
all man is the product of his upbringing. second 90 percent on all ur prog
u play and dance on indian songs. And even copy all the indian
shows.like recent meera ka pati, desi kudiyan and nachle. Dont u tell
us, first urself look in the mirrior.

mozheart on Monday, April 26, 2010
Before this movie, this song was probably an obscure regional tune that
99.99% of us had never heard. Now that it has been used in a film and
glamorized, a bunch of losers with a gigantic inferiority complex want to
fight over it like it was composed by their daddy. Get a life, guys. Let
the rest of us enjoy the show.