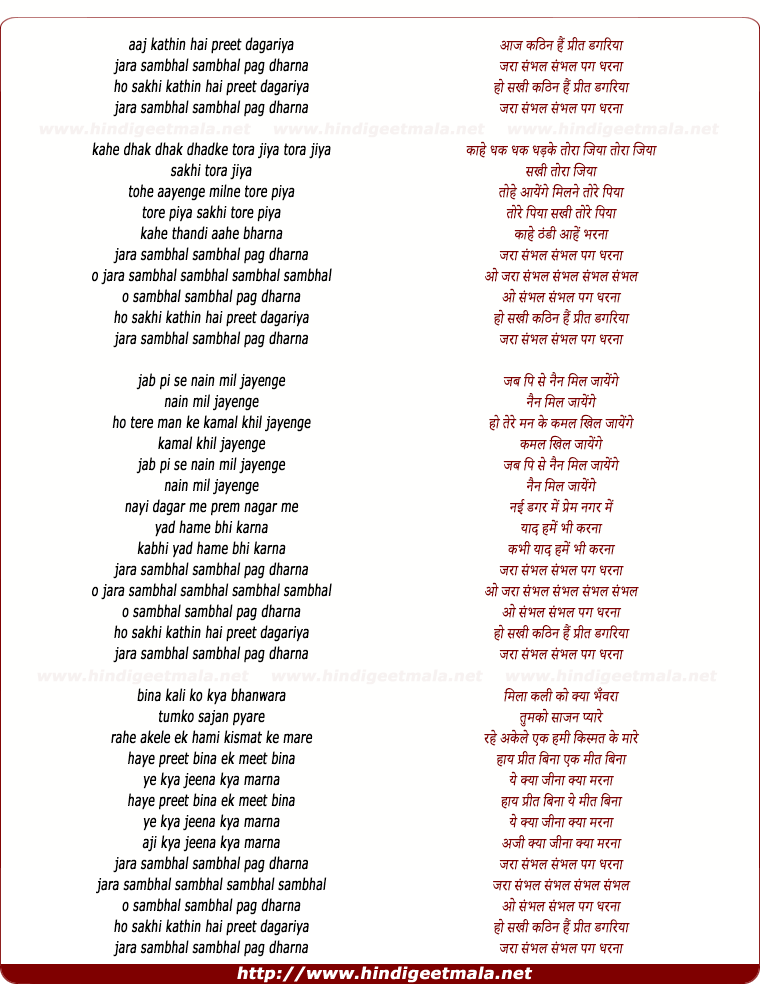 Comments on song "Aaj Kathin Hai Preet Dagariya"
Vinayak Vaidya on Tuesday, March 26, 2013
Many Thanks. The singer is NOT Lalitha Rao but Lalita Deulkar who married
music director Sudhir Phadke and almost stopped singing for films. She was
a very good singer and was in demand in early forties. I have met her and
have most of her songs.have not found this. Thanks for upload.

Srinivasan Channiga on Wednesday, March 27, 2013
Thank you for the information. I have put Dewulkar also in brackets. The
title for the song that I received from Maajid bhai reads Lalitha Rao. So I
retained the same.

S Natraj on Saturday, November 19, 2011
Srinivasanji, you have mentioned in your intro that this song resembles Hai
ki je kori mono niya. The later generation identifies this bengali song
more with Tune o rangeele kaisa jadoo kiya composed by RDB for Kudrat. This
is the "other" song I referred to in my comment.

Mrinal Devburman on Sunday, November 13, 2011
Heard about it but heard it for the 1st time. Thanks to Majid Maqbool of
Rawalpindi and Channiga Dada.

S Natraj on Sunday, November 13, 2011
@srinivasanchanniga Thanks for the discovery. Both Hindi songs have their
unique styles.