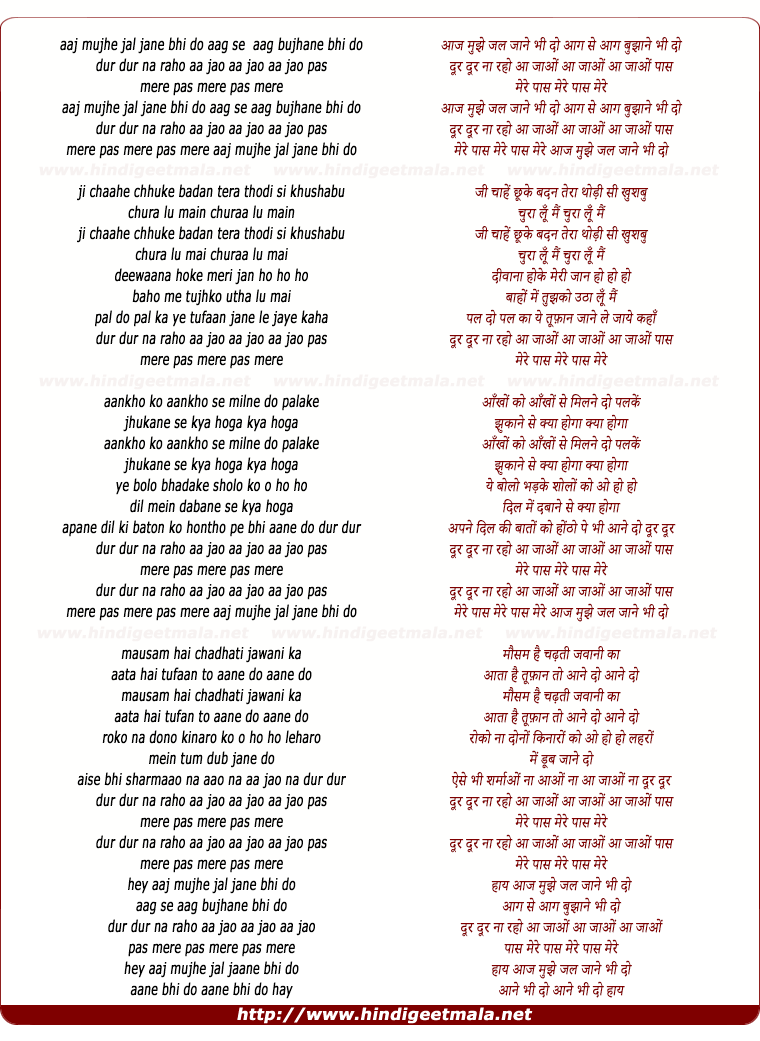 Comments on song "Aaj Mujhe Jal Jaane Bhi Do"
akarshik on Wednesday, August 12, 2009
bahut hee khoobsoorat composition of Late Madan Mohan Sahib. Also as usual beautifully sung by Late Legend " Kishore Kumar Sahib " Yhanksfor sharing my friend for sharing such a wonderful song.
chaitanyajosh on Wednesday, August 12, 2009
Thanks a ton for this beauty !!! Apearantly this song was recorded for a film called 'Rehnuma' during the 70's; but this film was never released.
shaz3iq2 on Saturday, October 31, 2009
I heard this song when i was a kid at primary school in the late 80's and have searched every where...its been jazzed up but Kishores voice is still sensual enough to melt ones soul.
capitalcards on Sunday, August 08, 2010
Kishore da is an endless ocean of melody. Such a solid and sweet voice he had and what a command over lyrics and background music. Thanks for the gem. - Kishore
parag shah on Friday, August 17, 2012
very very romantic song great combination of music mestro Madan Mohan &
master of golden voice Kishore Kumar