Video of this song from youtube
Average Rating : 3.45
Total Vote(s) : 29
Please rate this song between 1 star and 5 stars (5 stars being the best). Just move your mouse on the stars above and click as per your rating. Your rating will really help us to improve our website. 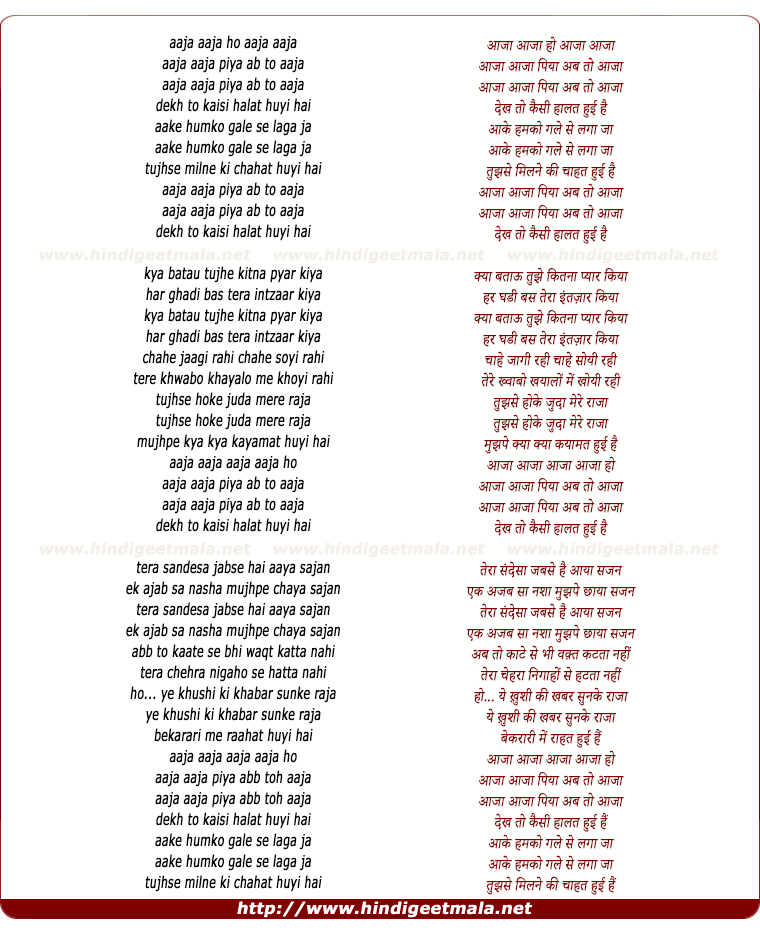 Comments on song "Aaja Aaja Piya Abb Toh Aaja"
asra sultan on Tuesday, June 09, 2009
no way priyanka is not prettier than ash :O ash is beautiful..ya i think
priyanka has got a better body...but still ash is naturally beautiful..

preetygirl181 on Tuesday, December 22, 2009
the song is awesome. i like pryianka. shes a good actress. she wears amazing clothes. i look like pryianka.. hehehehehehehehehe
japeneseanimegirl22 on Saturday, March 01, 2008
i like everything of priyanka in this movie but i feel srry for her when he was getting married to bipasa (srry cant spell) lol
Seda Sor on Wednesday, February 17, 2010
I think Priyanka looks good in both traditional indian clothes and in
modern. For some strange reason, bipasha doesn't look good in her indian,
her body fits more of the western clothes type which suits her more.

afghanindian on Wednesday, June 20, 2007
this song is awesome. and priyanka is really pretty! i love her clothes in this song :).
View all 18 comments related to song Aaja Aaja Piya Abb Toh Aaja
Popular Links on HindiGeetMala