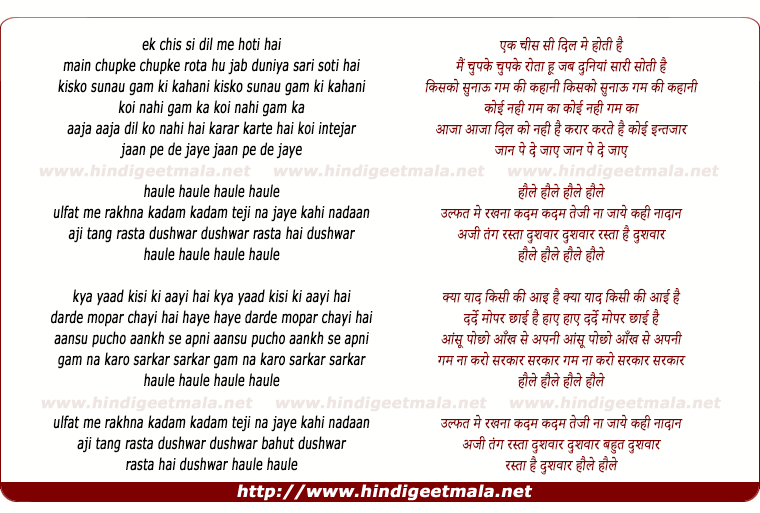 Comments on song "Aaja Dil Ko Nahi Hai Karar"
Bhavesh Desai on Wednesday, April 10, 2013
Najma {1943}: Ashok Kumar, Sitara, Veena, Kumar, Yakub, Murad, Majid, Kantakumari, Dulari, Shantari, Rajkumari Shukla, Bibibai; Lyrics: Arzoo Lukhnavi & Anjoom Pilibhiti; Music: Rafiq Ghaznavi; Singers: Ashok Kumar, Sitaradevi Kanpuri, Amirbai Karnataki, Mumtaz Ali {Female}; Directed by: Mehboob Khan
Vidur Sury on Thursday, October 28, 2010
Thanks a lot for sharing, I did not know Sitara was herself such a great singer. Do you have this film? Where did you get it from?
Bhavesh Desai on Wednesday, April 10, 2013
Najma {1943}: Singers: Ashok Kumar & Sitara Devi Kanpuri; Lyricist: Anjum Pilibhiti; Music by: Rafiq Ghaznavi
jbz7879 on Monday, November 03, 2008
i was wondering -ashok is a great actor -my fave of all -and also a good singer -what a treat -thx samrit -sitara devi wow another great star
jbz7879 on Monday, November 03, 2008
no asim there is no chance i ever saw this before - is in early days -in the saigal days-who is it singing -both man and woman -thx
View all 12 comments related to song Aaja Dil Ko Nahi Hai Karar
Popular Links on HindiGeetMala