Video of this song from youtube
Average Rating : 4.36
Total Vote(s) : 14
Please rate this song between 1 star and 5 stars (5 stars being the best). Just move your mouse on the stars above and click as per your rating. Your rating will really help us to improve our website. 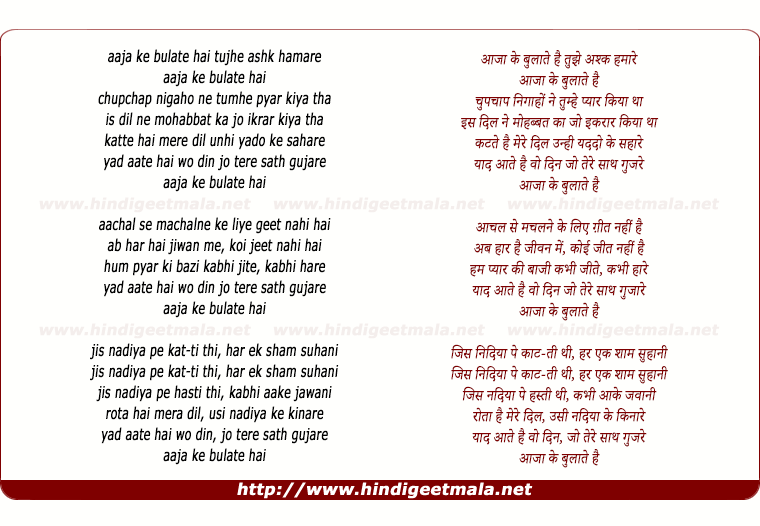 Comments on song "Aaja Ke Bulate Hain"
RealMusicKing on Saturday, June 12, 2010
Ajay. Thank you. Wah kya baat hai. This film music was to be written by S. Mohinder but he was ill, so Madhubala's father, who was in a rush gave it to Jimmy and
M. Asar Khan. This song is by Jimmy and "Chand mera badalon mein kho gaya" is by M. Asar Khan.

Nayyar Kamal on Sunday, August 16, 2015
Absolutely right, the md of this song was Jimmy as it used to b announced
on radio.﻿