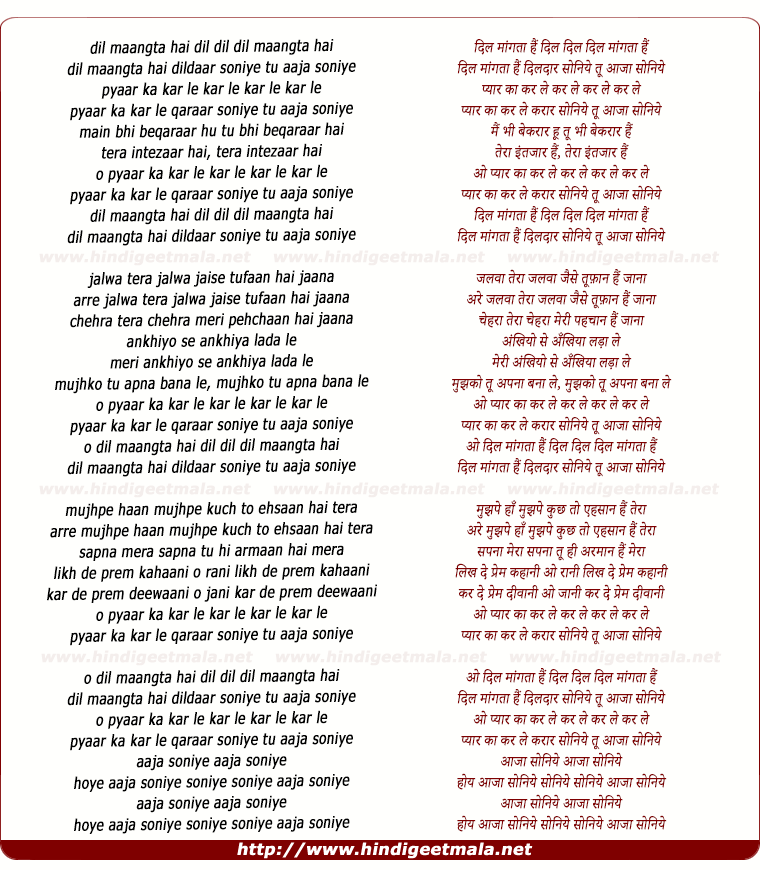 Comments on song "Aaja Soniye"
deadlydude89 on Wednesday, February 27, 2013
Oh honey...if you want humans to survive..its important the animals survive
as well...its all about balance of the universe.remember the chinkara is
endangered because of human activities..its upon us to fix the mes we
created. By the way i got no personal beef with salman..even if my
favorite actor did this(aamir khan) i would be calling for his head as
well...

deadlydude89 on Tuesday, February 26, 2013
Oh grow up..its not about choosing humans or animals...Salman khan shot AN
ENDANGERED SPECIES...he broke THE LAW...Its the equivalent of shooting a
tiger...you just cant do that...no matter who you are... India's wildlife
is getting decimated...we have to save it and that involves making sure NO
ONE GETS AWAY...not even this guy...

fluke khan on Thursday, April 18, 2013
Go and teach common sense to those who are meeting with primeminister to
save Bhullar who is responsible for killing so many people (not animals)...
and i think those are from your Funjab only.so it will be easier for
you..

jawwani on Monday, April 01, 2013
maybe he didn't know it was an endangered species ?? laws in India aren't
very clear honey and plus animals get killed in India like everyday so lets
give Salman a break until he's proven guilty.

fluke khan on Friday, February 22, 2013
Lol..your language says how much respect you have for humans...you are more
worried for chinkara..first you get off from Chinkara's crotch.you
are a dud not dude.