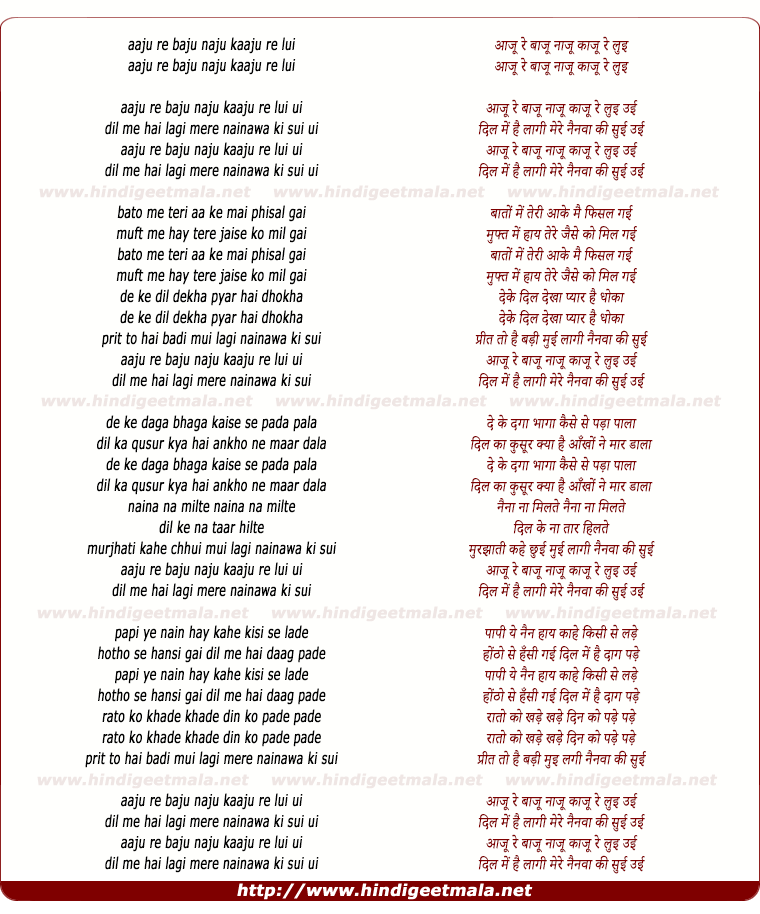 Comments on song "Aaju Re, Dil Men Hai Laagi Mere Nainawaa Ki Sui"
orientlover1 on Saturday, October 09, 2010
The pair of dancers Sai and Subulakshmi who also appear in film Azaad ( song Aplum Chuplam) have changed quite a lot during the intervening years. Here they look grown up and do not look as attractive as in Azaad song.
Bajaury on Friday, June 24, 2011
@iTonitoo And of course the most beautiful ladies in the world. Arepas,
stakes, mangoes and the most beautiful beaches in the world. If one can
take the corruption and inflation then it is a paradise, however, Chavez
has reduced beautiful Venezuela to the lowest level. eva maria se fue
buscando sol al la playa.

Reincarnation on Sunday, February 22, 2009
excellent...terrific dancing. you sure don't see such classy stuff these
days. so sad!