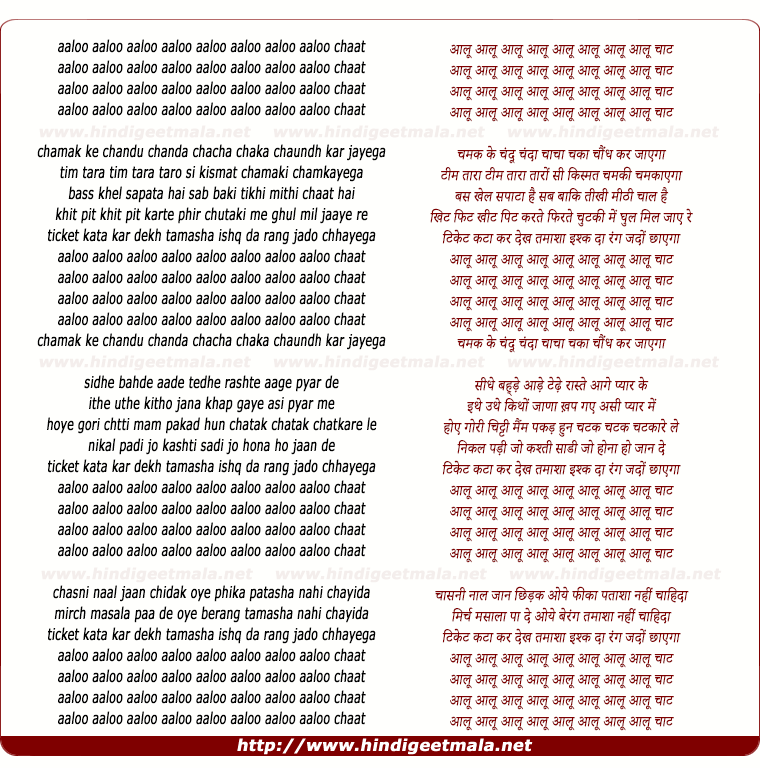 Comments on song "Aaloo Aaloo Aaloo Chaat"
Vaibhav Bhardwaj on Thursday, August 15, 2013
come on, man if he doesn't know it's not his fault. Sometimes, you jus'
don't know. You shouldn't be harsh n people for something like that.
Instead, you should tell him what it is?

srikanththapa on Wednesday, May 26, 2010
srikanth thapa this is very big dhamaka song and i like to see 10 times per a day and i love eating aloo chat and my friend to like this song and he is pradeep
pandeystar1 on Wednesday, December 30, 2009
this is fantastic beats song ever i like so much and its having a good dancing steps also. well song by rbd.keep it up.and it awesome to hear in audio system
Jim Anwar on Friday, October 30, 2009
The guitar riff is lifted directly off Gwens Keep on dancing but nicely
worked in this song. Real awesome melding of Crunk and Punjabi style.

Nas khan on Tuesday, September 22, 2009
the song is awesome but the female vocalist has weird voice. no offence its
my personal openion. thanks for share.