Video of this song from youtube
Average Rating : 4.07
Total Vote(s) : 30
Please rate this song between 1 star and 5 stars (5 stars being the best). Just move your mouse on the stars above and click as per your rating. Your rating will really help us to improve our website. 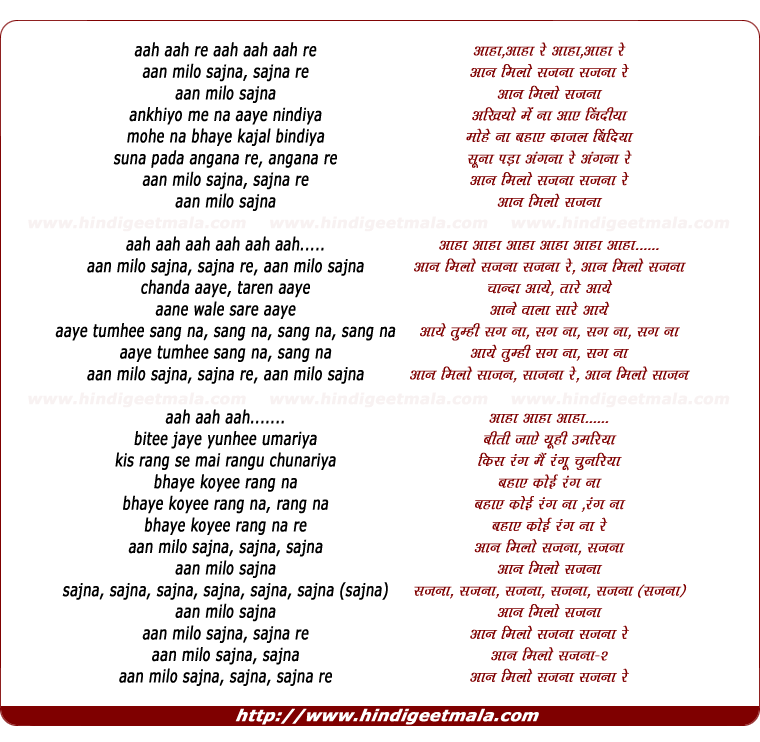 Abhijit Banerjee on Monday, October 07, 2013
it is the raga, not the lyrics; I have heard some very soulful songs in a
lot of other languages in Khambaj, they are equally soulful; it the beauty
of Indian classical music, not just one song!!

HOTMALEDEEP on Wednesday, January 19, 2011
Ajay Chakraborty is a pride of India.One of the few artists who have consistently upheld the status and quality of Indian Classical music in the international arena.
papapochu on Sunday, January 30, 2011
Somehow Parveen Sultana sounds off-key here. I know she is a famous classical singer, but this song just kind of seems odd. Her modulation cant match the male singer
View all 32 comments related to song Aan Milo Sajna, Ankhiyo Me Na Aaye Nindiya
Popular Links on HindiGeetMala