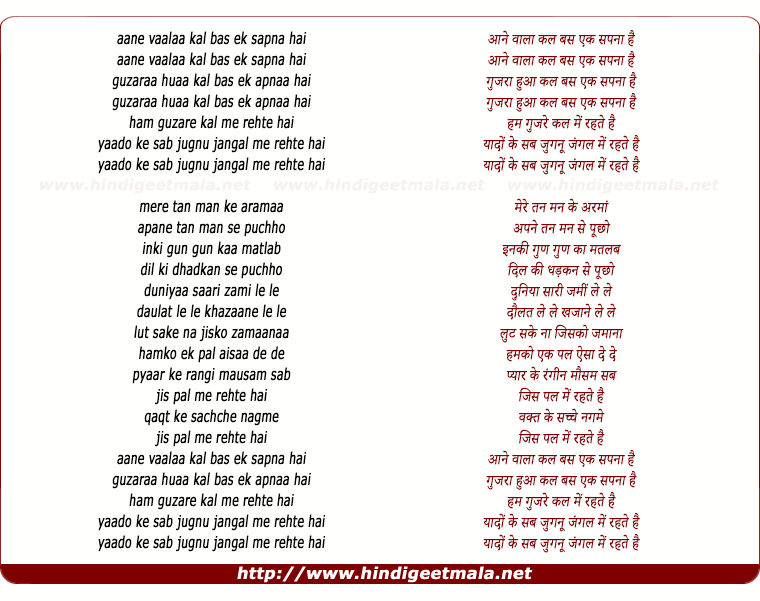 Comments on song "Aane Vala Kal Bas Ek Sapana Hai"
rehan376 on Wednesday, October 19, 2011
I miss 90s music .. Today's music r so garbage that I don't even take CD for free... We use to wait for music to b released in 90s ... Now we can't watch a movie without remote to forward songs.. Not only music even movies r trash too .these losers wanna bees kallu in Bollywood destroyed every thing .
KIRANJIT SANDHU on Saturday, May 12, 2012
All songs of Film "Phir Teri Kahani Yaad Ayee" are beautifully sung &
picturised. Music By Anu Malik, who is son of Great Music Director: Sardar
Malik

AloysiousDacunha CelebratingLivesTogether on Tuesday, September 18, 2012
i think it was 1993, this film was released. i was a young teen that time.
whaaat wonderful memories for me. thanks for uploading.