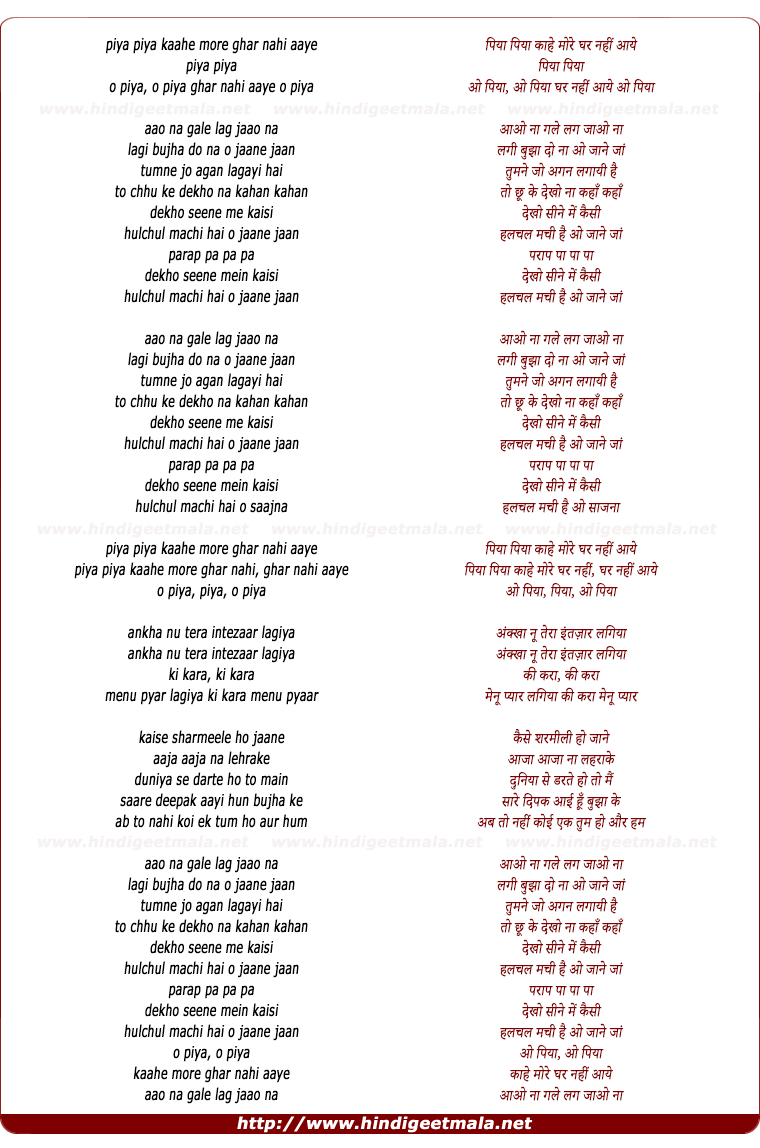 Comments on song "Aao Naa Gale Lagao Naa"
Shushanto Bose on Monday, July 01, 2013
Whatever she is doing, it sounds absolutely horrendous. She is standing
next to Parthiv Gohil and hearing his melodious singing, and then she is
coming out with some black hip-hop disgusting nonsense that is ruining his
efforts, and you think that is something praiseworthy. It is not only
twisted, it is all out of tune and sounds more like talking than anything
to do with vocal performance, i.e. exactly the kind of nonsense that passes
for "talent" in the West.

chrisaubaine on Saturday, August 27, 2011
@KhurramDBG FYI the girl isn't faking it to be western. She is a singer and
sings pop and jazz. She is Leslie Lewis' daughter. She has an amazing
voice. She is gifted. Infact she doesn't know much of hindi, yet has learnt
the song and has sung it confidently. Kudos to her for that. And i am very
sure Asha Bhosle must be very impressed on hearing this version of the
song, because she has the knowledge of music, both western and indian,
unlike you.

Raja Karan on Monday, March 11, 2013
She done a good job. The whole concept was to produce a song which is more
like a Pop and different from Asha'a version and Divya Lewis successfully
did that. But i disagree with ur second statement, 'as a new comer it must
be difficult to sing in a studio'. She must have played with those finest
musicians hundreds of time bcoz she is Leslie Lewis's daughter, who has his
own music studio and music company.

chatyg on Saturday, July 16, 2011
Divya might be Leslie's daughter, and he might not have done a good job in
the early episodes, but I'm still going to give this one thumbs up. Some
other girl might've done a better job, but I think the two contrasting
styles blended pretty well. Some people seem to have just decided to bash
anything and everything coming out of this channel.

Turd Doodlesworth on Saturday, July 16, 2011
@sanyanaman Really dude? Alicia Keys? I am actually curious to know how
this chick in any way compares to that of Alicia Keys. What evidence do you
have? Have you listened to enough of Keys and enough of Lewis to make such
a comparison? And also, what position are you in to make such a brash and
irrational deceleration like that?