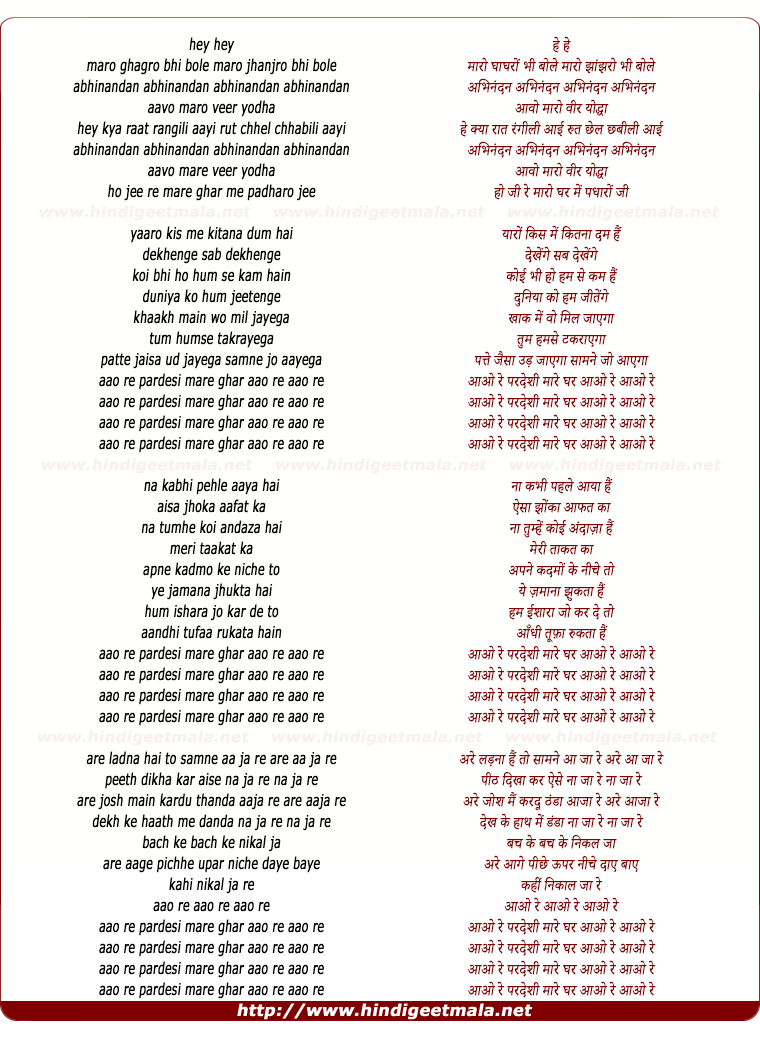 Comments on song "Aao Re Pardeshi Aao Re"
KoshVader on Saturday, August 10, 2013
It's a Bollywood movie which means it's from India. They speak Hindi over
there. This song is in Hindi. If you want it in English, watch the English
dub. Just a warning though, the actors voicing Alex (the parrot) and
Bajranji (the monkey) can't sing in the English dub.

Emily Van Slyke on Thursday, September 26, 2013
I can't believe that "Aao Re Pardesi" was translated to English as "All
Day, Party, Dance". XD

melvin1234ist on Tuesday, April 23, 2013
I can understand it but it is hard to listen to beacuse you cant keep up with there mouths
DIGIMON148 on Wednesday, August 21, 2013
yes i love digimon and no but types of digimon were fun
MosesFelidae on Tuesday, August 20, 2013
The Flamingos are welcoming them, as the Parrot Alex And Bajrongi the
Monkey are fighting over who's better.