Video of this song from youtube
Average Rating : 4.24
Total Vote(s) : 17
Please rate this song between 1 star and 5 stars (5 stars being the best). Just move your mouse on the stars above and click as per your rating. Your rating will really help us to improve our website. 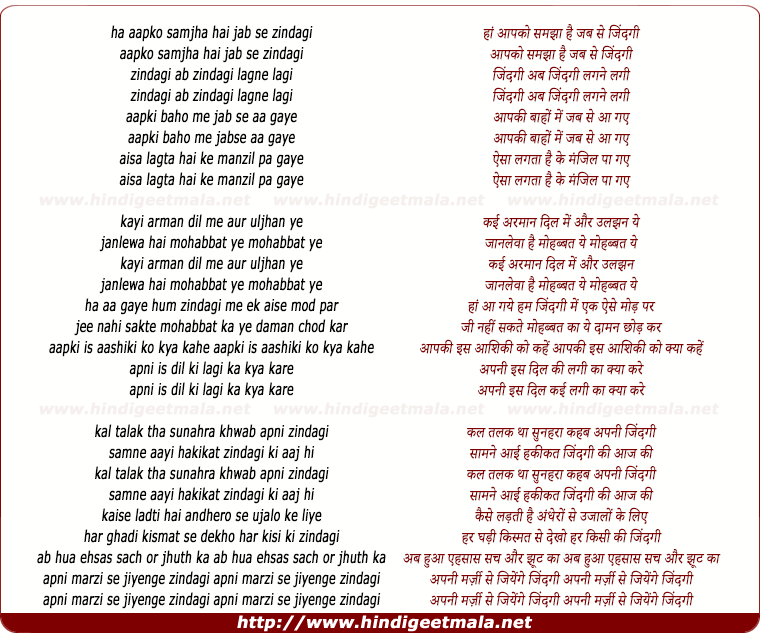 Comments on song "Aapko Samjha Hai"
Sadia Zaman on Thursday, February 14, 2013
the part where that police pushes the lady to the floor really made me
cry.I felt so sad.it made me cry literally that part.and when those guys
pushed the little boy to the floor.:(

btrjamesmaslow11 on Saturday, June 09, 2012
I really like the playback singer, Udit Narayan. He has a really distinct
voice and most of the songs i like are sung by him. His voice reminds me of
SRK. lol. Udit is cool =)

rocking16ful on Wednesday, July 27, 2011
awesome song thanks for uploading it its awesome i loveeeeeeeee this song nice songggggggggg again thanks
Chakram on Friday, February 21, 2014
This is one of the best BW movies with good theme,story and acting but was
ahead of it's time. ﻿