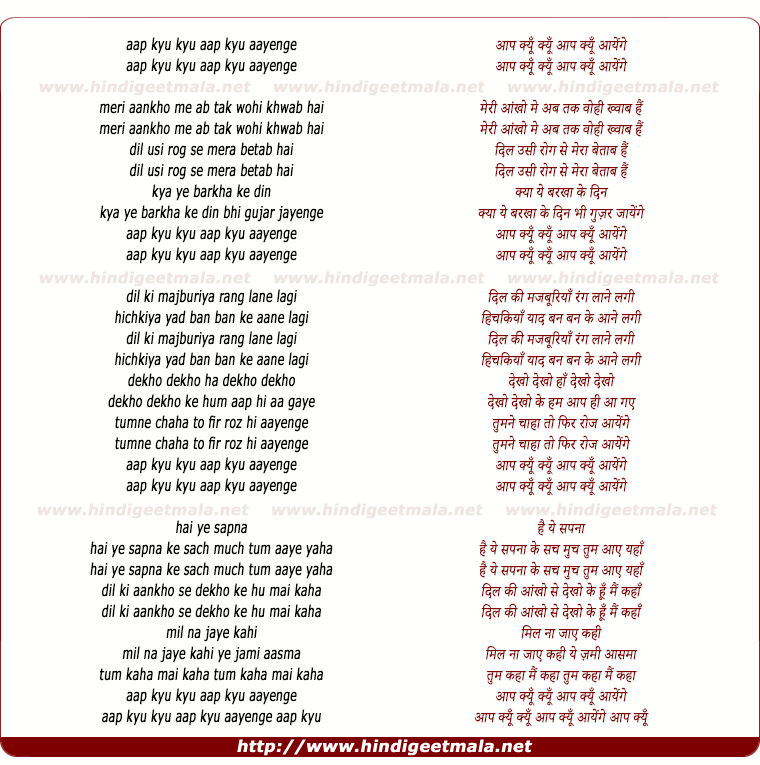 Comments on song "Aap Kyun Aayenge Kyun Aap Kyun Aayenge"
Vidur Sury on Sunday, June 05, 2011
Another fantastic duet of Shamshad Ji and Motilal Ji.like I said,
Motilal Ji getting playback was a very bad thing :( He should have been let
to sing all his own songs. At least till 1941 he sang all his songs
himself. I think he got playback then onwards. Great upload :)

Riaz Ali on Sunday, June 05, 2011
It happens so... Zabardast... Motilal sahab has also some great songs in
his credit. I have heard that whenever the producer realized flopping of
his film he would add some hit song in his film to make it success thats
why there are hit songs in hindi films. Thanks.

Bhupinder Pujji on Sunday, June 05, 2011
yr vdo clips r repeating the history of the past years kya baat hai motilal
and shamshad singing together the song thanks for the the film of 1943
great composition thanks again for sharing such good songs bhupinder pujji

Dee Thakore on Sunday, June 05, 2011
I read some where that Motilal was a distant relative of (Singer) Mukesh. I
can't believe Shamshad with such a mellow tone voice. Great finding :)
thanks for sharing.