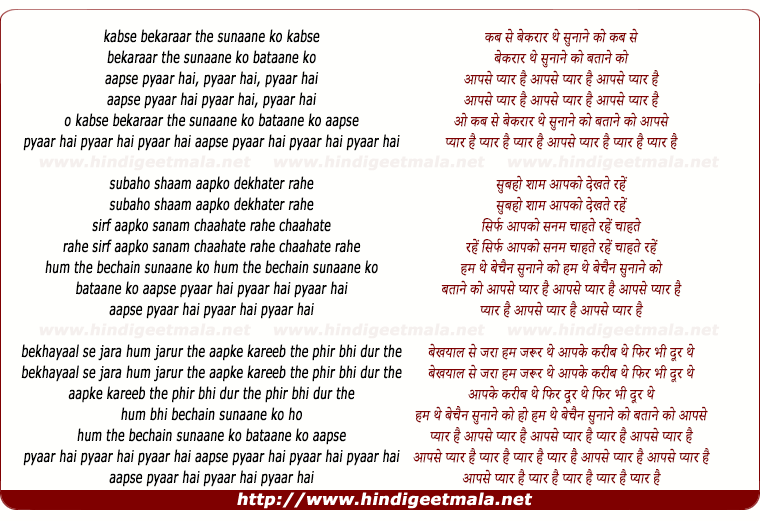 dhiraj limbu on Friday, April 02, 2010
Thanks for uploading this beautiful track. it's reminds me my school
days when i was 8th ... such it's touched..great song...all time
fav...tq tq...

Rocky6784 on Monday, December 29, 2008
B'ful song .reminds me of my old days...i think i was sm 15 yrs old then...bt i wathced the movie so many times.loveellyyy
sparshtheking on Friday, September 19, 2008
hi i m also searching 4 the same song will u plz mail me this song Kabse Bekarar The-Humko Ishq ne mara
View all 40 comments related to song Aapse Pyaar Hai
Popular Links on HindiGeetMala