Average Rating : 4.54
Total Vote(s) : 13
Please rate this song between 1 star and 5 stars (5 stars being the best). Just move your mouse on the stars above and click as per your rating. Your rating will really help us to improve our website. 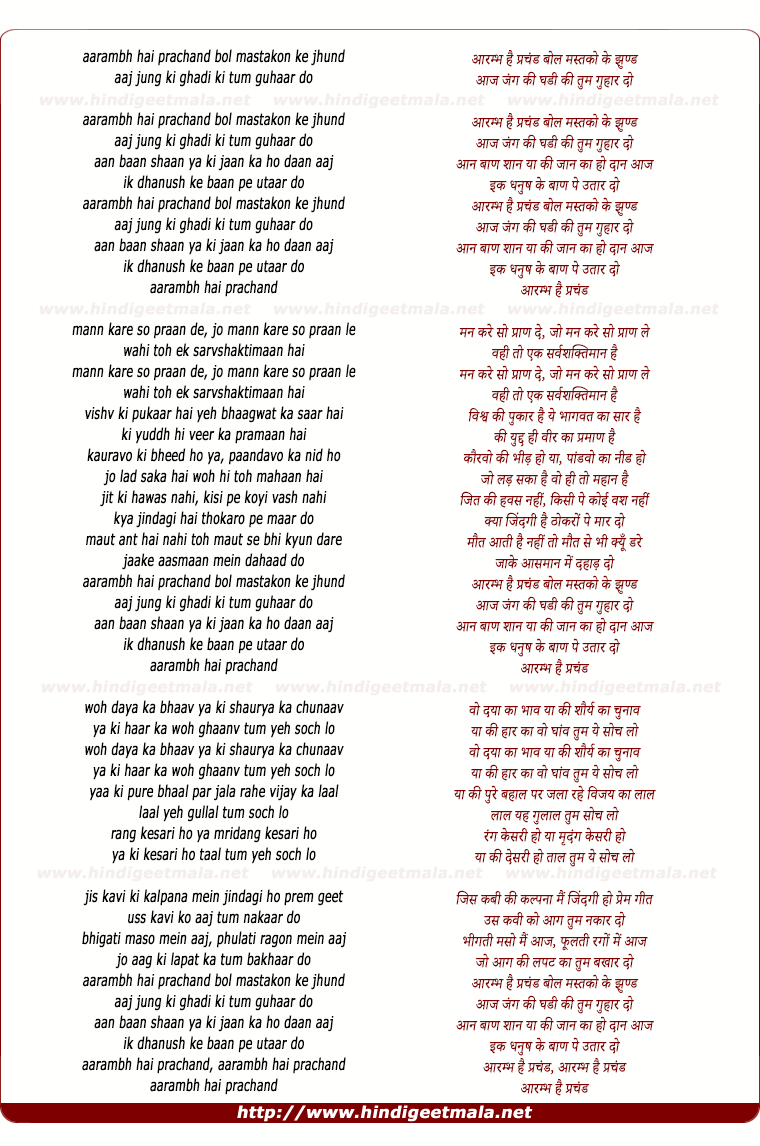 Sudhir Rathore on Sunday, December 05, 2010
My answer to Kbharatloyo; yes you are absolutely right, Directors mindset
is being delivered through the character Prithvi Bana. However, the act of
other characters is so strong and perfect that its hard to deviate from
their perspectives of a new state. They with their high magnitude acting
dictates the whole film from beginning to end and prithvi bana's role looks
weak though its perfect in its domain.

MrKps007 on Saturday, July 09, 2011
Jai Rajputana Rajput brothers get arms we have the courge but need arms to
defend ourselves in this world of ...Rajput unity zindabaad

akhilesh ghore on Saturday, August 01, 2009
whatever bro, truth will be truth we want our land our rajputana Veer bhoge
Vasundhara