Average Rating : 4.13
Total Vote(s) : 838
Please rate this song between 1 star and 5 stars (5 stars being the best). Just move your mouse on the stars above and click as per your rating. Your rating will really help us to improve our website. 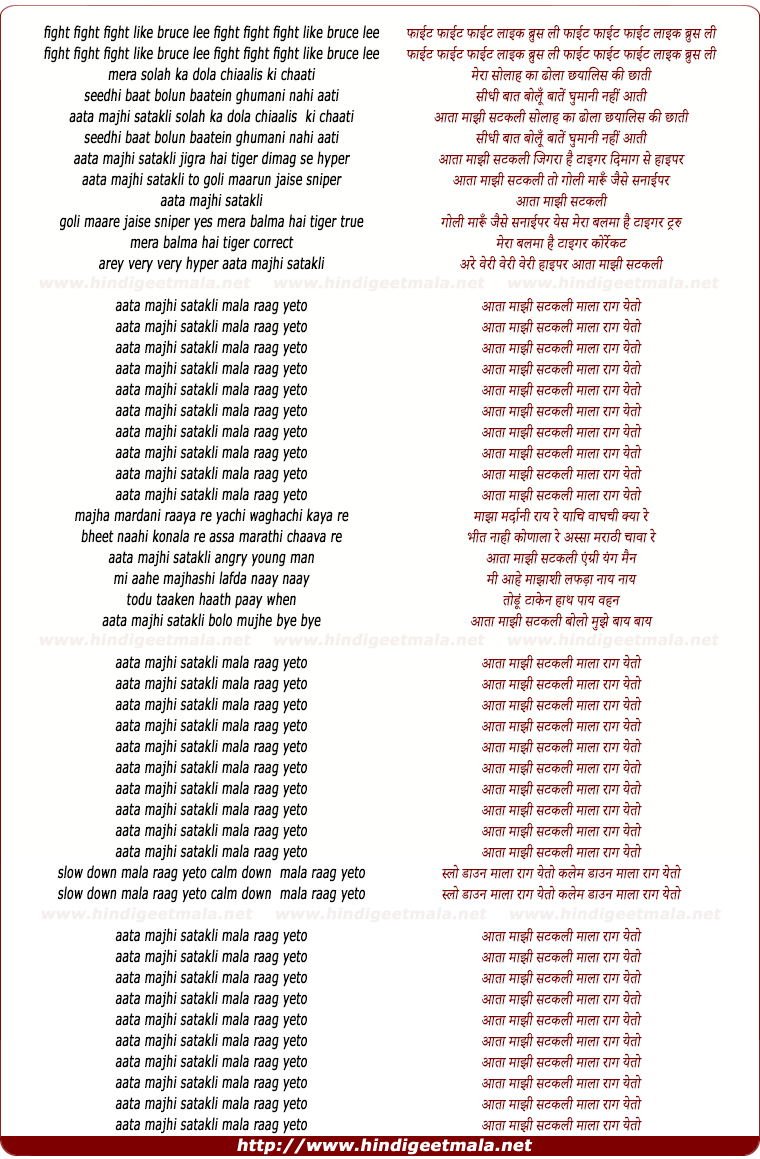 Comments on song "Aata Majhi Satakli"
lokeshz on Monday, August 18, 2014
Really happy that they put this song at the end of the movie during the
credits. I would have left the cinema hall if they started with this song.
Instead of hiring talented singers like KK, Sonu Nigam, Mohit Chauhan or
anyone else who have sense of music they hire Honey Singh -..- I guess
that a majority of the indian audience doesn't care about meaningful songs.
﻿

insanitypersonified1 on Thursday, August 21, 2014
Honey singh has a good voice and has talent...this is a bad attempt to cash
in on the famous line from the first movie. Bad lyrics...bad music and
basically putting together some kids in police uniforms to make a bollywood
song. Standards of songs are falling from bad to worse...god bless
bollywood and hope people raise their standards.﻿

Amandeep Rishi on Tuesday, August 19, 2014
I don't understand why people just dislike this song in particular. ALL of
his songs have been like that. ALL have been bad (even worse than this).
For once I am glad people wake up from the deep sleep to realize that this
is utter crap.﻿

samiksha dubey on Saturday, August 16, 2014
it seems honey singh is getting monotonous now, starting music is quite
similar to bhootnath song. song is very noisy and irritating but after
watching the movie i liked it as movie is good ﻿

Rohit Khatri on Wednesday, August 06, 2014
This amazing song has just become my reason for NOT watching this movie
"Singham" movie was all about Respect of Police and had a Very Good Message
feels like Singham Returns is the opposite﻿