Video of this song from youtube
Average Rating : 4.22
Total Vote(s) : 58
Please rate this song between 1 star and 5 stars (5 stars being the best). Just move your mouse on the stars above and click as per your rating. Your rating will really help us to improve our website. 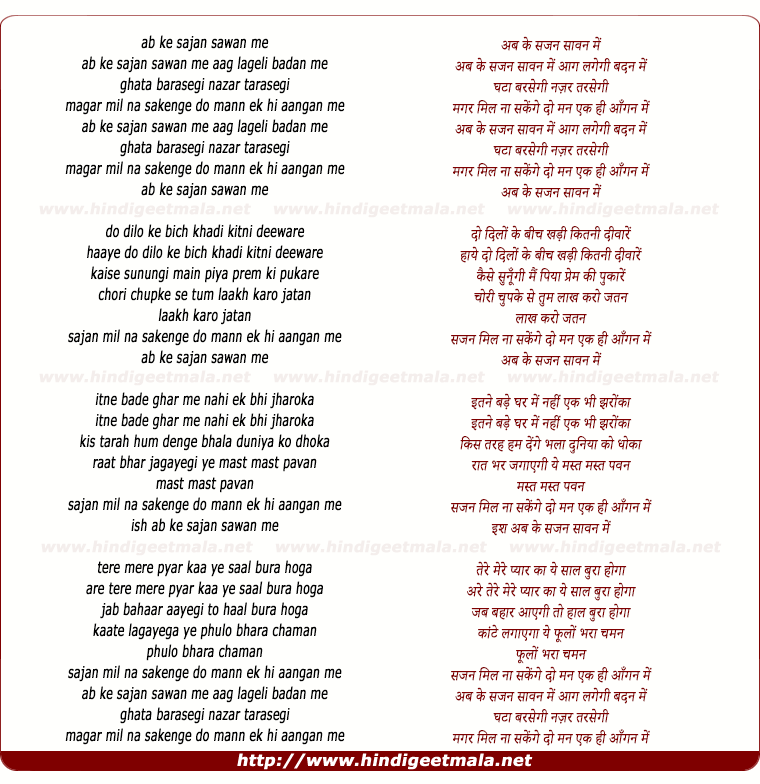 Voltairec on Wednesday, September 07, 2011
Dharam.the very depiction of Adonis! His performance effortlessly
overshadowed lambu and everone else in this evergreen caper!

karty301 on Friday, August 30, 2013
This is a movie I would love to watch daily and yet not be bored :)
Dialogues are tooooo good, but the expressions on the actors/actresses are
ultimate..! Never can anybody even come close to this.

Raghav garg on Saturday, September 05, 2015
Wow anand bakshiji another gem from the great man , with so beautiful words
, leaves me speechless . what more one could expect .﻿

Shashi Andersson on Friday, July 16, 2010
Thanks alot for sharing.beautiful lovesong with beautiful actors as
Sharmilatagore & Dhermendra..