Video of this song from youtube
Average Rating : 4.11
Total Vote(s) : 84
Please rate this song between 1 star and 5 stars (5 stars being the best). Just move your mouse on the stars above and click as per your rating. Your rating will really help us to improve our website. 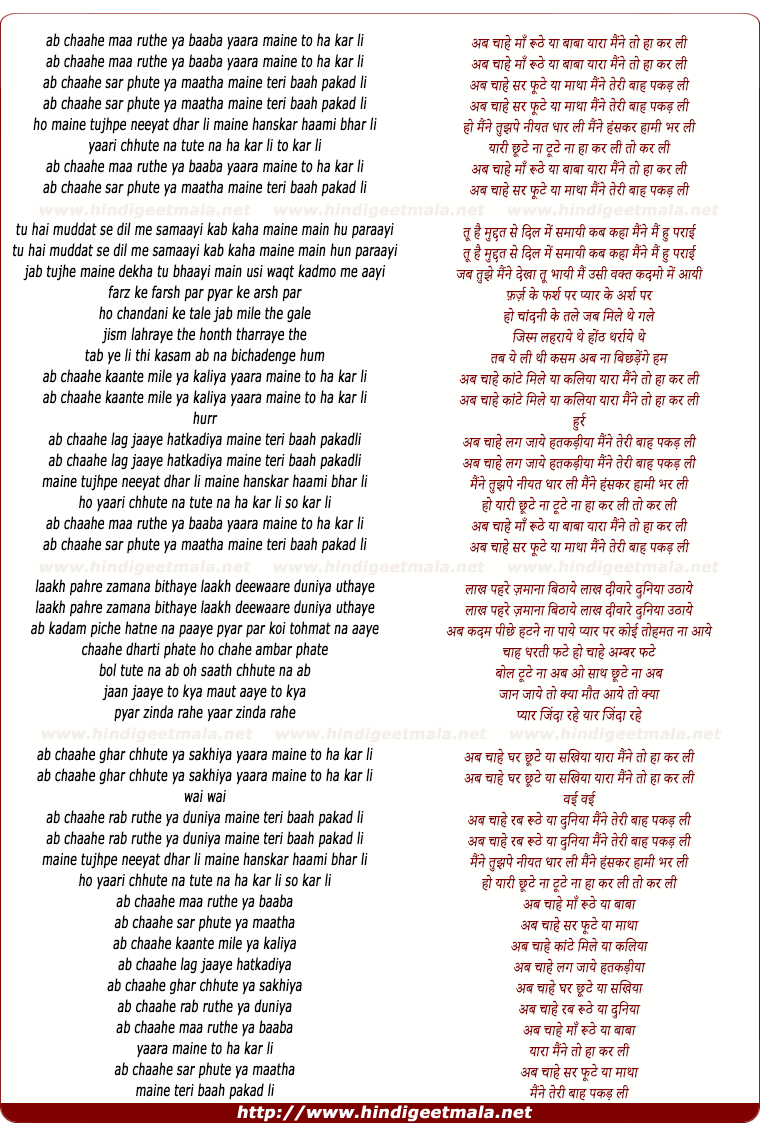 Comments on song "Ab Chaahe Maa Roothhe Ya Baaba"
hnm3000hnm3000 on Tuesday, February 23, 2010
Sorry, which movie is this? YRF only says "DAAG" (plus tons of generic
keywords) and i should know it of course, but right know can only handly
"DDLJ". Thanks for clarification!

Ramesh Thakrar on Saturday, September 29, 2012
A fast-moving very mellifluous song. I don't know who composed the music
but I expect Laxmikant Pyarelal

banker727400 on Thursday, March 11, 2010
Great song ofcourse but wish the sound quality was good. Thanks for posting
anyways so we could enjoy Yaar