Video of this song from youtube
Average Rating : 4.71
Total Vote(s) : 17
Please rate this song between 1 star and 5 stars (5 stars being the best). Just move your mouse on the stars above and click as per your rating. Your rating will really help us to improve our website. 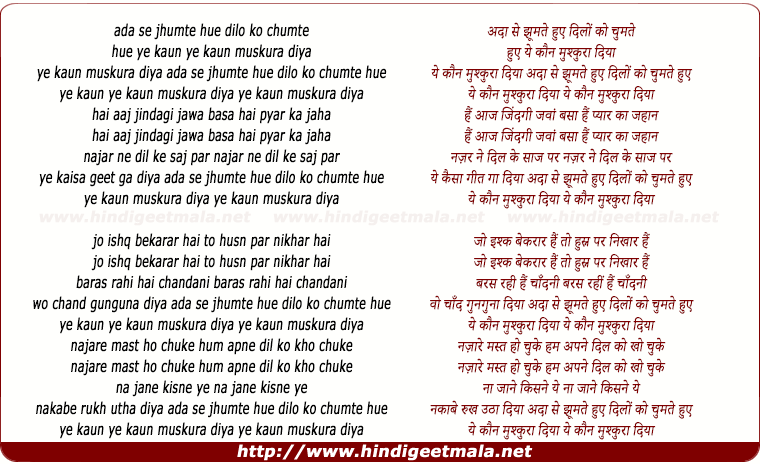 V. Siddhartha on Sunday, January 01, 2012
Delighted to hear this old beauty after decades. If I am not mistaken,
Naseem Bano was Saira Bano's mother. A very lovely tune by Chitragupta.
Thanks to you, neearajkamini, and to Shekhar Guptaji for the forward.

nandu1f on Friday, January 06, 2012
Such a marvelous old old find. Used to hear this for years on Radio Ceylon.
Great melody by Chitragupt. Many thanks for digging out such specialties
and to Shekhar for informing of this upload.