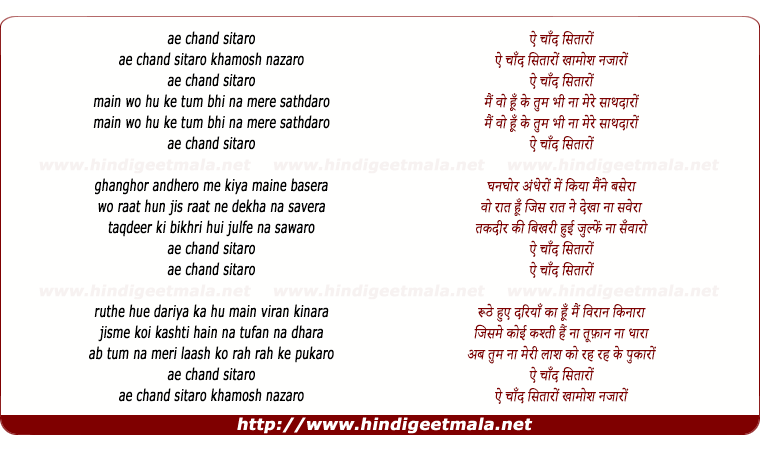 RealMusicKing on Sunday, March 04, 2012
True. Film Daera was the life story of Meena Kumari and her husband of that time, the insane Kamal Amrohi. The film as the longest close up scene history of all films thus far. A full 13minutes on Meena Kumar. By the way, the insane Kamal Amrohi put Meena on drugs intentionally in order to have control of her wealth.
Viswanathan Nair on Thursday, November 15, 2012
Ok sorry; there was no photo available that of Jamal Sen and Talat
together. But there is no "may be" about the other person sitting with
Talat ;that's C Ramachandra.

RealMusicKing on Thursday, November 15, 2012
Apology accepted! Isn't that what posted in the very first comment, huh? "Jamal Sen's music, C. Ramchandra's picture?" Don't be confused now.
Viswanathan Nair on Wednesday, November 14, 2012
May be there was no photo of Jamal Sen and Talat together available, the
person with Talat is Chitalkar Ramachandra.