Video of this song from youtube
Average Rating : 4.32
Total Vote(s) : 19
Please rate this song between 1 star and 5 stars (5 stars being the best). Just move your mouse on the stars above and click as per your rating. Your rating will really help us to improve our website. 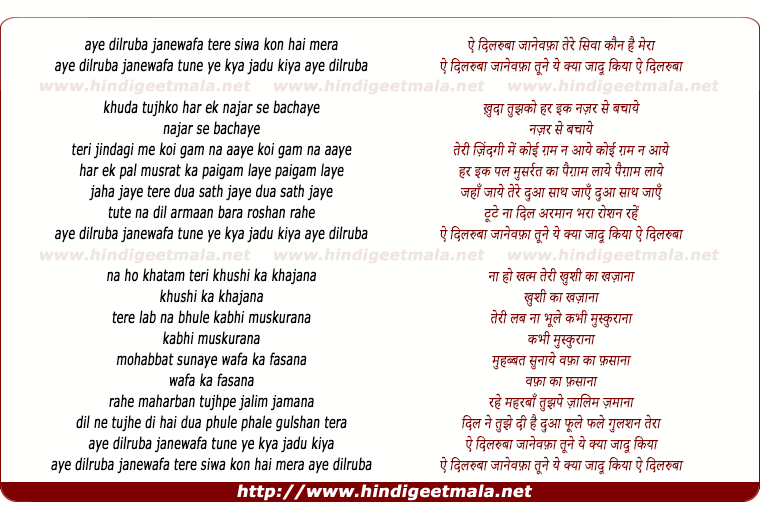 Comments on song "Ae Dilruba Janewafa Tere Siwa Kon Hai Mera"
RealMusicKing on Tuesday, July 12, 2011
Shirin Farhad movie was such a hit, it was Awarded for best songs. Movies like Rajhath, Halaku, Patrani did not stand a chance, musically in front of Shirin Farhad. Music Director Madan Mohan was so impressed by it's songs, he wrote an article in the newspaper regarding the Maestro S. Mohinder.
Vasant Pusalkar on Monday, April 16, 2012
Dear Amitajai, Thanks for uploading a sweet song. All the songs of this
film were hit. Hemantda and Asha's combination is very good. Nice to
remember S. Mohinder the great.

anna longo on Sunday, June 14, 2009
Beautiful Madhubala, majestic Pradeep Kumar and above all the musical harmony rendering it a fairytale like impression that is at the same time a gigantic historical reality of true love. Thanks a lot !
th3dilwalebollyw0od on Monday, June 15, 2009
I like all your songs. are fantastic .. are so attractive to my old
songs*****