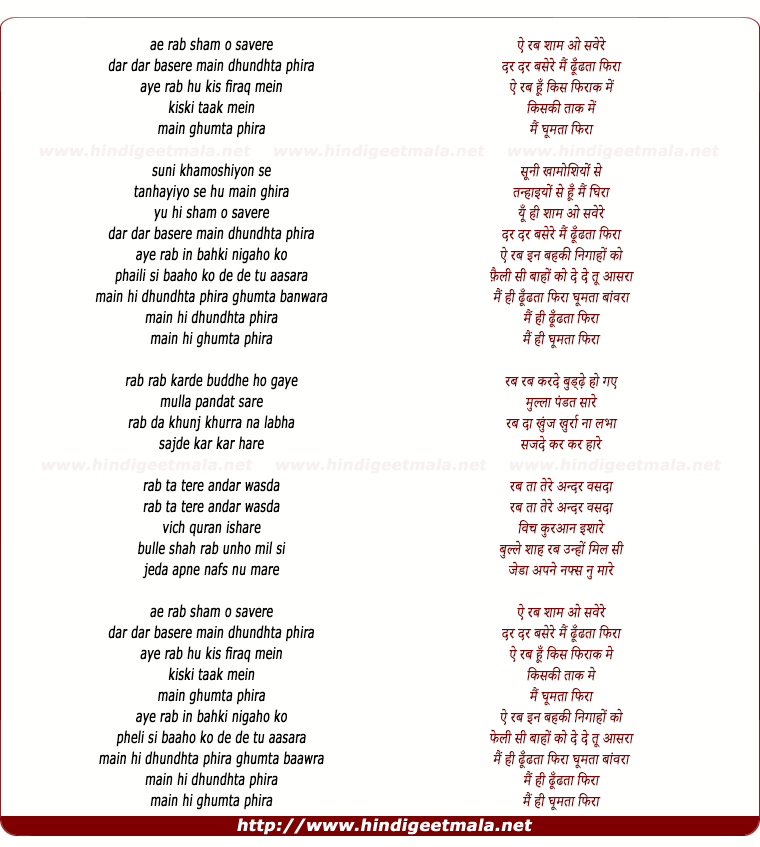 Comments on song "Ae Rab"
Sandro Sadhukhan on Thursday, June 11, 2015
Coke Studio @ MTV, you are doing super promoting this sort of musical
programmes but please ensure quality control, the audio track accompanying
your beginning credits is severely distorted, my guess is you hired some
studio to do all your post production work i.e. mixing audio along with the
edits (not the songs I know), these pro tools operators having zero
knowledge of audio engineering have sumptuously applied brick wall limiting
to get the audio as loud as possible and in the process clipping the
bejezuss out of it. It doesn't look.. pardon me, sound good when such
programmes have such horrendous sonic beginnings. Take care good people.﻿

Santosh Jagdale on Sunday, June 28, 2015
Team Coke Studio, The signature tune of coke studio which comes before
every song of coke studio is extremely loud and distorted. Please use a
good quality version of it and not so louder than song that we will end up
blasting out monitors. Thank You :)﻿

Anupam Enosh on Saturday, September 19, 2015
Am I the only one who noticed that Roland RDNX keyboard player is playing
only piano tone, but the yamaha motif is without a player, still its tones
playing in the background, BIG video error.. :)﻿

Dharmender Negi on Wednesday, June 10, 2015
Wow! what a mixture of two great voices. Master Saleem hats off! Dhruv
has a great base in his voice. Would want to see them singing more songs
in Coke. This will not satisfy the quench!﻿

ericcartmansh on Thursday, October 29, 2015
Such a great set up. Master Saleem's vocals are so complementary to the
guitar! Wish the song was longer. Feels like it built up to a crescendo and
just ended.﻿