Average Rating : 4.57
Total Vote(s) : 7
Please rate this song between 1 star and 5 stars (5 stars being the best). Just move your mouse on the stars above and click as per your rating. Your rating will really help us to improve our website. 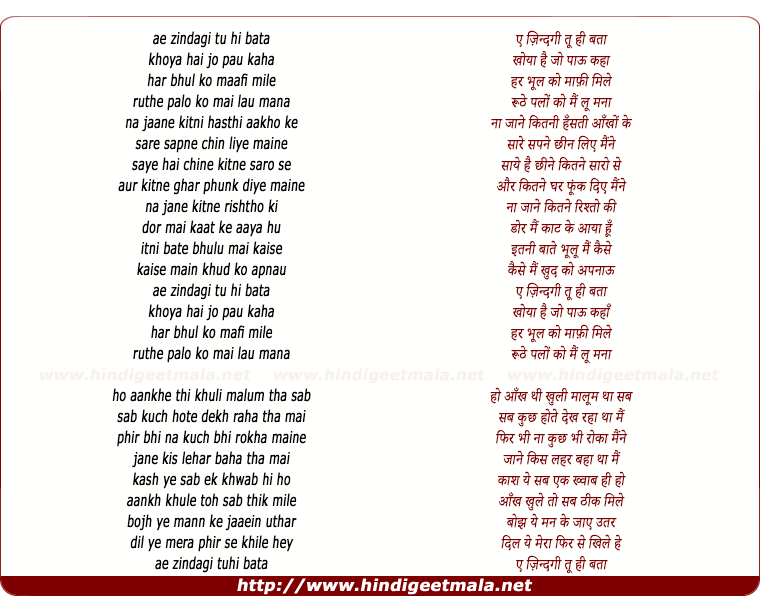 Comments on song "Ae Zindagi Tu Hi Bata"
Uzairahmad167 on Saturday, July 07, 2012
heart touching.. nice song, i love it
hanksfanatic on Sunday, July 01, 2012
as because Salman is a special person jst lyk Aamir...both r celebs...if
Aamir can point out the issues targeting general public...then y cnt he has
that balls to showcase the same scenario caused by his colleague Salman
Khan... :)

Jay Singh on Thursday, July 05, 2012
this song was about alcoholic killing some 1 in accident and the tragedy
in my life is i became alcoholic after some 1 died in accident tht happen
while i was sober

siriusrooney on Saturday, June 22, 2013
has to be because they were trying to hit the like button and clicked the
dislike button unfortunately. Can't find any other logical reason