Average Rating : 4.71
Total Vote(s) : 49
Please rate this song between 1 star and 5 stars (5 stars being the best). Just move your mouse on the stars above and click as per your rating. Your rating will really help us to improve our website. 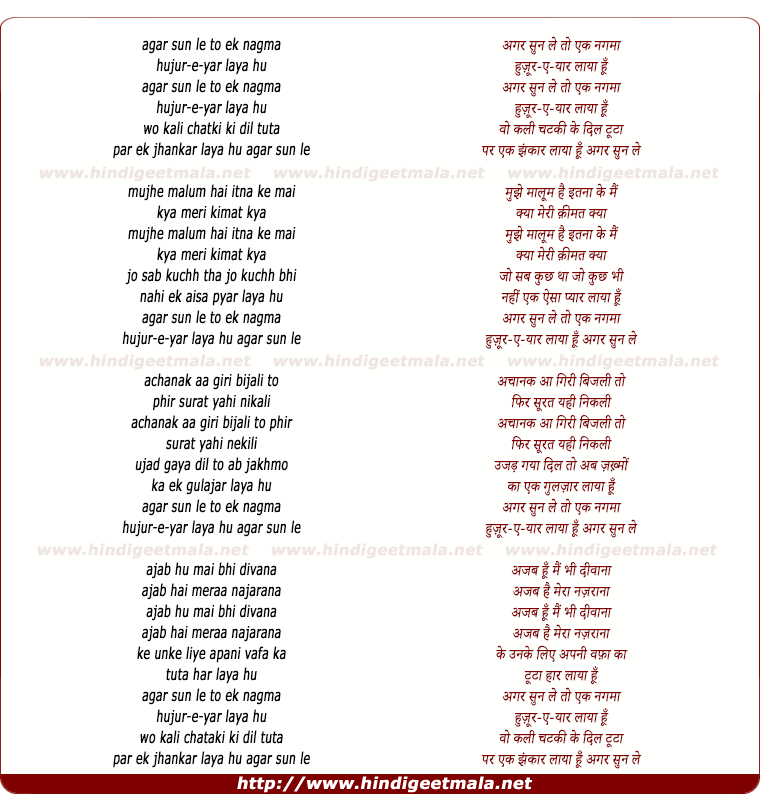 Comments on song "Agar Sun Le To Ik Nagma Hujure Yar Laya Hu"
chaitanyajosh on Tuesday, May 27, 2008
Thanks for posting this one!! BTW this movie was released in 1963 and not
in 1965. Also being a piano player himself notice the way his fingers move
over the keys, specially in the 2nd interlude... Enjoy !!!

Naveen Dighe on Tuesday, November 01, 2011
ANOTHER GEM FROM THE GREAT CHITRAGUPTJI ONE OF HINDI FILMS GREATEST MELODY
MAKERS BUT EQUALLY LOW PROFILE

Maaz Shaikh on Saturday, November 05, 2011
Rich in melody and sung beautifully by Kishoreda! Guru's melodious songs r
definitely his very best in his ENTIRE career... ask any tru music lover
and you'll find out that this fact is a reality!

Sudhir Patil on Monday, November 16, 2015
thanks every one for sharing this touching song. all rare sensitive peoples
rare choice---﻿