Video of this song from youtube
Average Rating : 4.35
Total Vote(s) : 34
Please rate this song between 1 star and 5 stars (5 stars being the best). Just move your mouse on the stars above and click as per your rating. Your rating will really help us to improve our website. 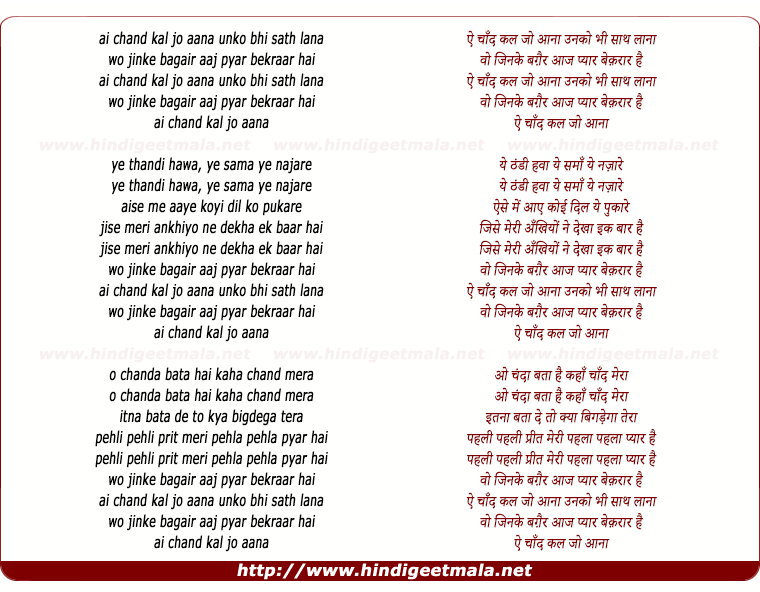 yuanyuanyuanyin on Thursday, April 08, 2010
- Of course, you have visited this channel few weeks back. I remember you very well and how can I forget a name like Sea Breeze Center!

Due to some problems at YT right now, there will be a little delay in sending you a message but I will, in few hours time.
Take care.

chamogaa on Wednesday, July 07, 2010
Long on my list of favs from several channels. Such a sweet song, such expressive acting by AD! Glad to know from your clip that this song-dance sequence was right at the start of the movie. Thank you.
gopal sinha on Tuesday, April 22, 2014
कितनी मधुर गीत-संगीत-स्वर रचना है ये, कितना सहज अभिनय है अंजलि देवी का !﻿
View all 44 comments related to song Ae Chand Kal Jo Aana
Popular Links on HindiGeetMala