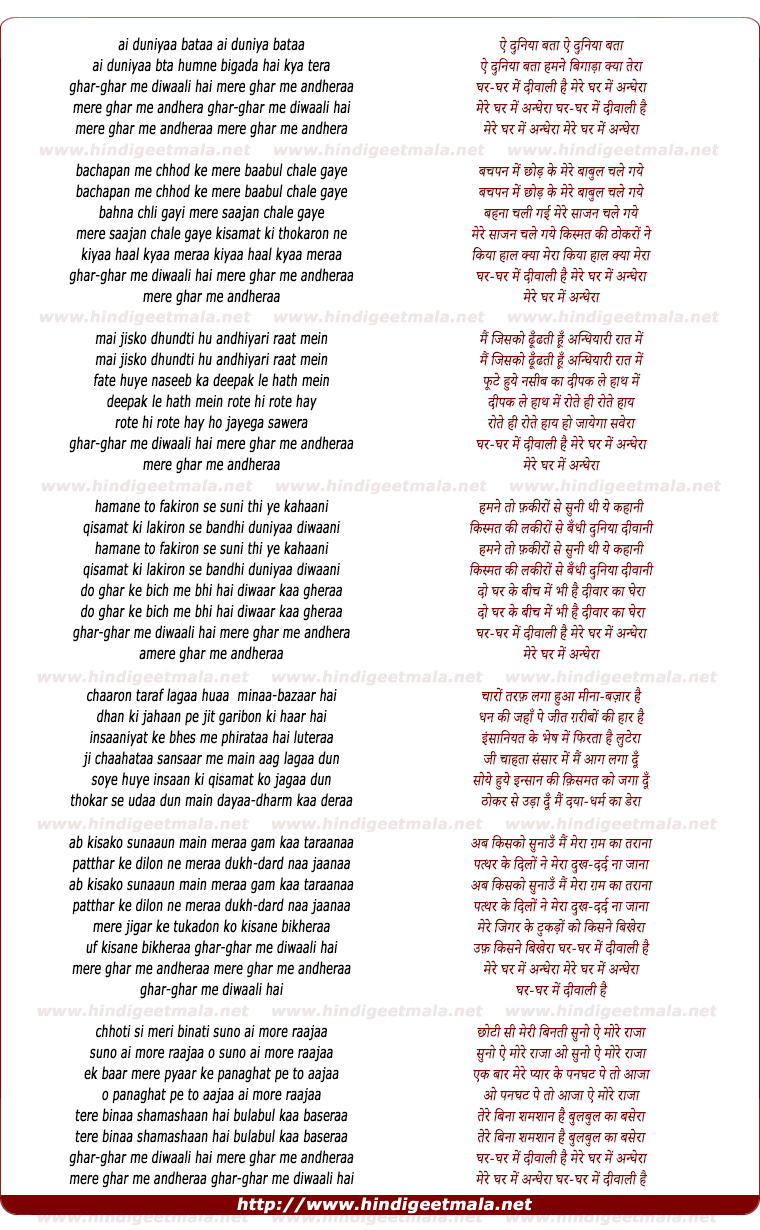 Comments on song "Ghar Ghar Me Diwali Hai"
Dilip Kapasi on Saturday, August 23, 2008
In the later part of the song when she uses both her feet and dances, the
story goes like, Ashok Kumar had paid for her foot operation, but did not
know if it was all done or not. She shows that once she finds and connects
with her lover, Ashok Kumar.

Dilip Kapasi on Saturday, August 23, 2008
Kismet Ghar Ghar Me Diwali - one of the best songs. Kismet had India's
longest running movie record, and is probably still.

Vijay Kumar on Saturday, May 23, 2009
It sure brings back memories. It was a classic movie. Thank you for
posting. Vijay

Dilip Kapasi on Saturday, August 23, 2008
The song was to trap the thief Ashok Kumar who had stolen a valuable
necklace.