Video of this song from youtube
Average Rating : 3.85
Total Vote(s) : 53
Please rate this song between 1 star and 5 stars (5 stars being the best). Just move your mouse on the stars above and click as per your rating. Your rating will really help us to improve our website. 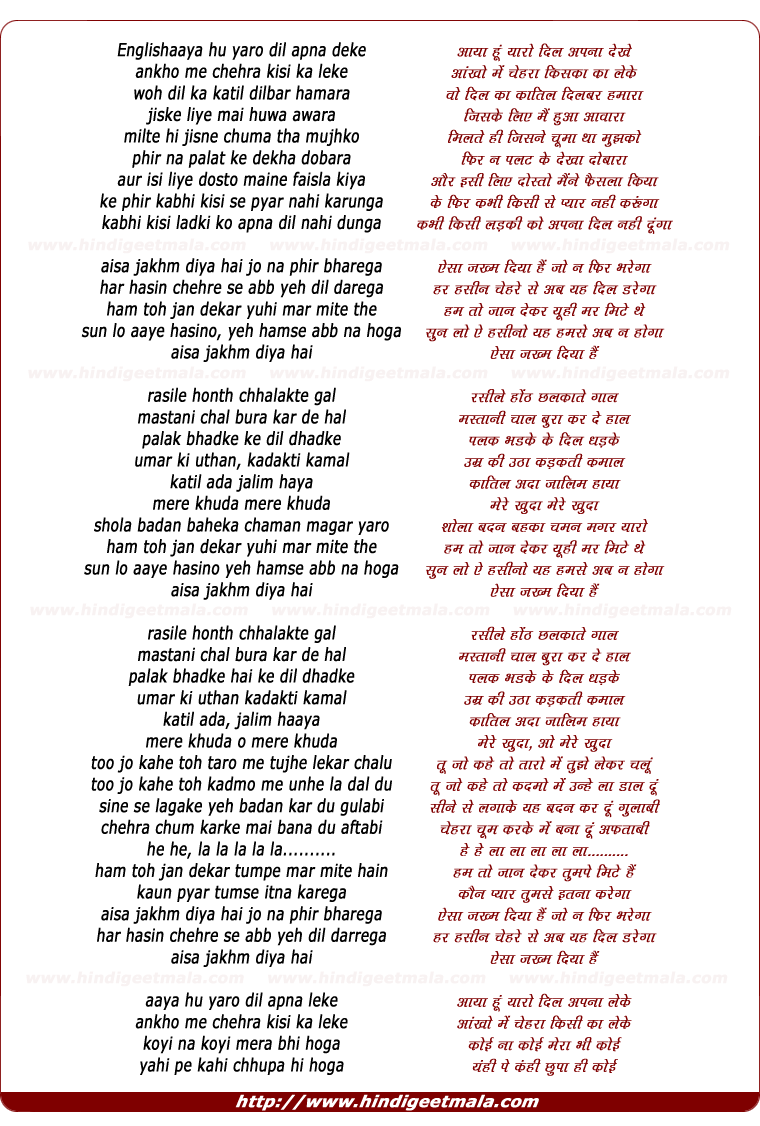 Comments on song "Aisa Jakhm Diya Hai Jo Na Fir Bharega"
majesticmaniac on Friday, May 07, 2010
every thing about this song is unoriginal..and a rip off..the only thing that is original and great r the lyrics..by a legendary indian lyricist..lyricists r the most underappretiated people in the indian film industry..the words were beautiful and fit soo well with the song..but the rest was a disgrace..
bafni on Monday, March 28, 2011
You're all wrong. Deep Purple copied 'Child In Time' from a band called It's A Beautiful Day, song called 'Bombay Calling', it's on here, search for it, who had heard the tune in the 60's IN BOMBAY. Malik just took it back home.

niyaazkhan on Monday, January 25, 2010
ha ha ha...awesome comment dude.this anu malik has even xeroxed a lot of
songs from south indian movies.but only the initial part of song is
"deep purple".but the "aisa zakhm diya hai" part is original,i
think.

Abidal Joni on Sunday, November 08, 2009
yea AMIR KHAN is the best indian actor so far from NON-indians point of
view, to me after watching it even on cinema ,the time and money worths the
movie.

DaDruggyyy on Saturday, December 20, 2008
yea you are right...lol the other song from this movie "Dil mera churaya
kyun" was copy of the slow version of LAST CHRISTMAS by George Michael.