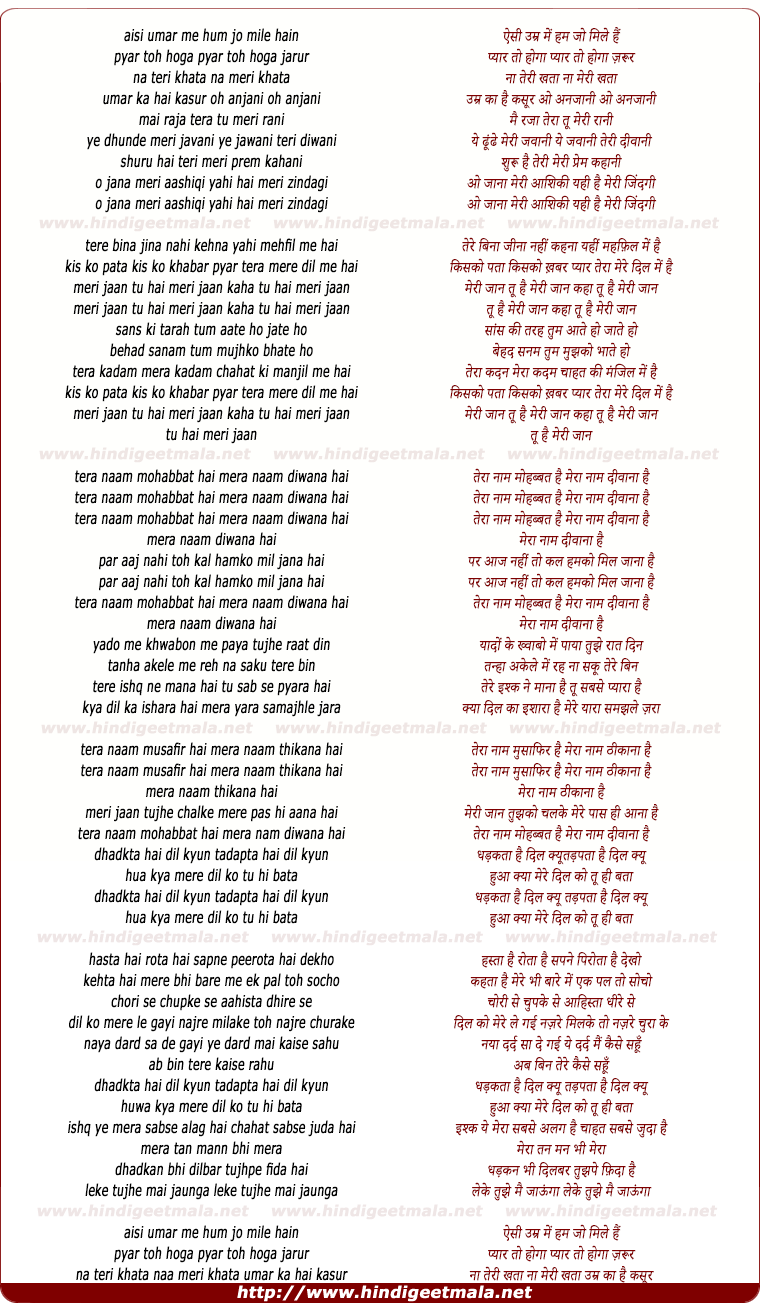 Comments on song "Aisee Umar Me Ham Jo Mile Hain"
chof0319 on Sunday, July 19, 2009
the thing is you loosers dont understand that akki's character here isn't show off his dancing skills, he's suppose to be clumsy and make people laugh, and shahid is supposed to just dance. but akshay knows how to dance though, he is one of the best, if you see his dance with kajol and mast mast song, then he is a good dancer.
Nur Shaheerah on Thursday, January 26, 2012
AWESOME SONG AND MOVIE AND AKSHAY KUMAR AND SHAHID KAPOOR. :) Anyway, is
this song a mash up of different songs into one song or original song??
Because I need to know the song title and movie that Shahid sang. The one
that goes Tera Naam Mohabbat Hain Mera Naam Deewana Hain. Do let me know
please, thanks. :)

chof0319 on Tuesday, July 28, 2009
If you want to see akki dancing, watch his earlier stuff when he was young and athletic, see the beach dance he did in Mr bond, no oone in bolly can pull such thing, like throwing a girl on air, twirling them and quickly bringing them down. shahid is a great dancer but he's short and boney,
chof0319 on Monday, July 27, 2009
haha, akshay was one of the most handsome looking guys when he 1st came to bollywood, and even in early 2000, but now he's 43 and looks ok for his age. shahid kapoor has baby face, is short. but i like him. akki here looks 100times handsome and macho than shahid.
chof0319 on Tuesday, July 28, 2009
lol blank facial expression, where's the emotion on his face when he's trying to impress the girl and make akki jealous. Akki can do anything, and lets see how shorty kapoor holds on when he in his 40s.
View all 56 comments related to song Aisee Umar Me Ham Jo Mile Hain
Popular Links on HindiGeetMala