Average Rating : 3.82
Total Vote(s) : 22
Please rate this song between 1 star and 5 stars (5 stars being the best). Just move your mouse on the stars above and click as per your rating. Your rating will really help us to improve our website. 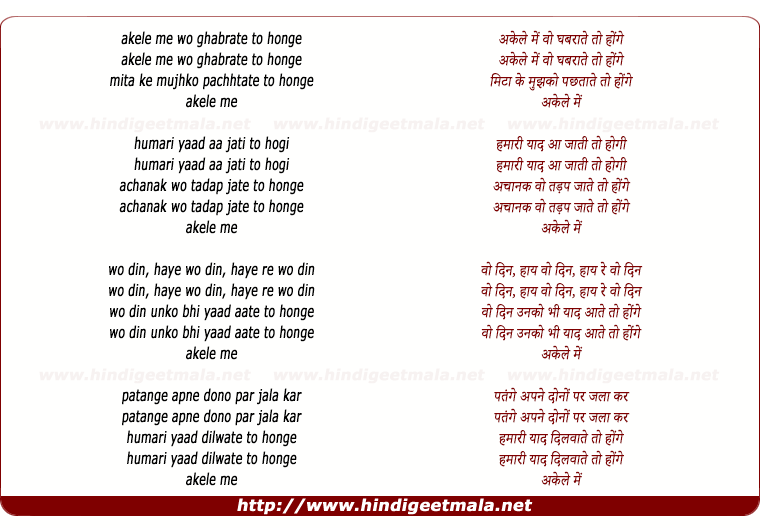 saz9297 on Tuesday, July 28, 2009
my dear madhu - again your fan is here. you have fantastic collection. i
purchased this song record in 1956 and later transferred on cassette, since
then often i play it. do you have any other song of this film BIWI, must be
beautiful too i hope old listener must be enjoying it zaheer

rumahale on Saturday, August 25, 2012
In fact I remembered you when faced with the problem about MD, but did not
want to disturb; interestingly you have heard my silent prayer - besides
clarifying lot of precious information is made available. Thank you Sir.

sonny19xx on Sunday, December 06, 2009
Thanks kpm5886. Rafi- Khayyam combo. I think it is Khayyam 's first movie
and he achieved fame with his first. Rafi as usual is at his melodious best.

rumahale on Friday, August 24, 2012
Please think again about the music director - it seems not Khayyam
composition. But, I have no clue. Thank you for beautiful song - timeless
gem.