Video of this song from youtube
Average Rating : 3.89
Total Vote(s) : 72
Please rate this song between 1 star and 5 stars (5 stars being the best). Just move your mouse on the stars above and click as per your rating. Your rating will really help us to improve our website. 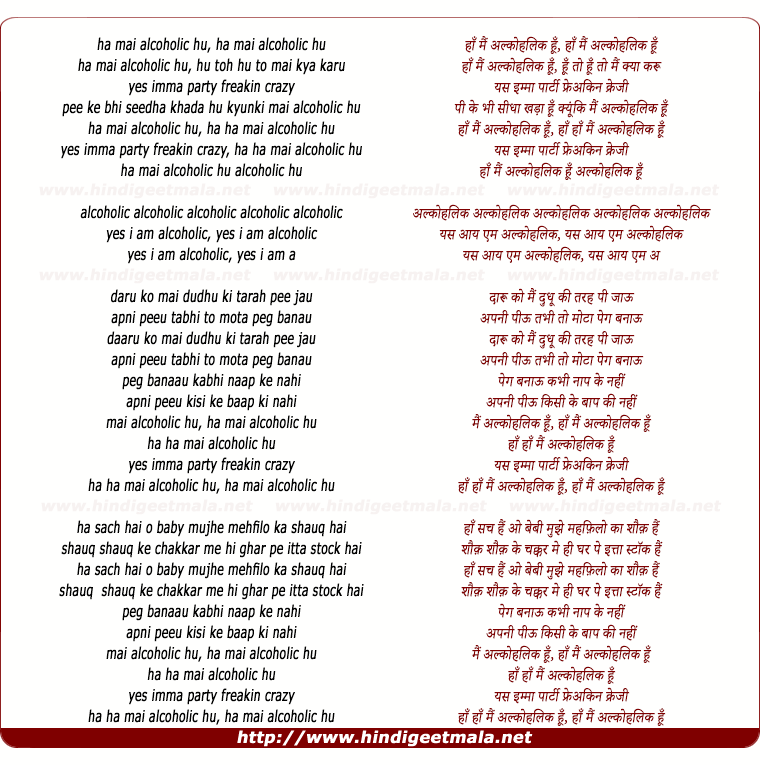 TheRocker1127 on Tuesday, October 07, 2014
Amazing how people start becoming a " gyan chodhu baba" after listening to
such songs. I mean these songs are meant for entertainment and not for
educational purposes. Your parents' teachings and your upbringing help in
determining what type of person you are or will become in the future and
not listening to such songs. So buzz off, gyan babas and let the tune kick
in.﻿

one human123 on Sunday, November 02, 2014
daruu koh dudhuu kii taraah pii jaauu!!ghantaahh !!i literally paused at @
0:59 and listened thrice to check what he was saying .a big dislike from my
side!!dudhuu epic!!﻿