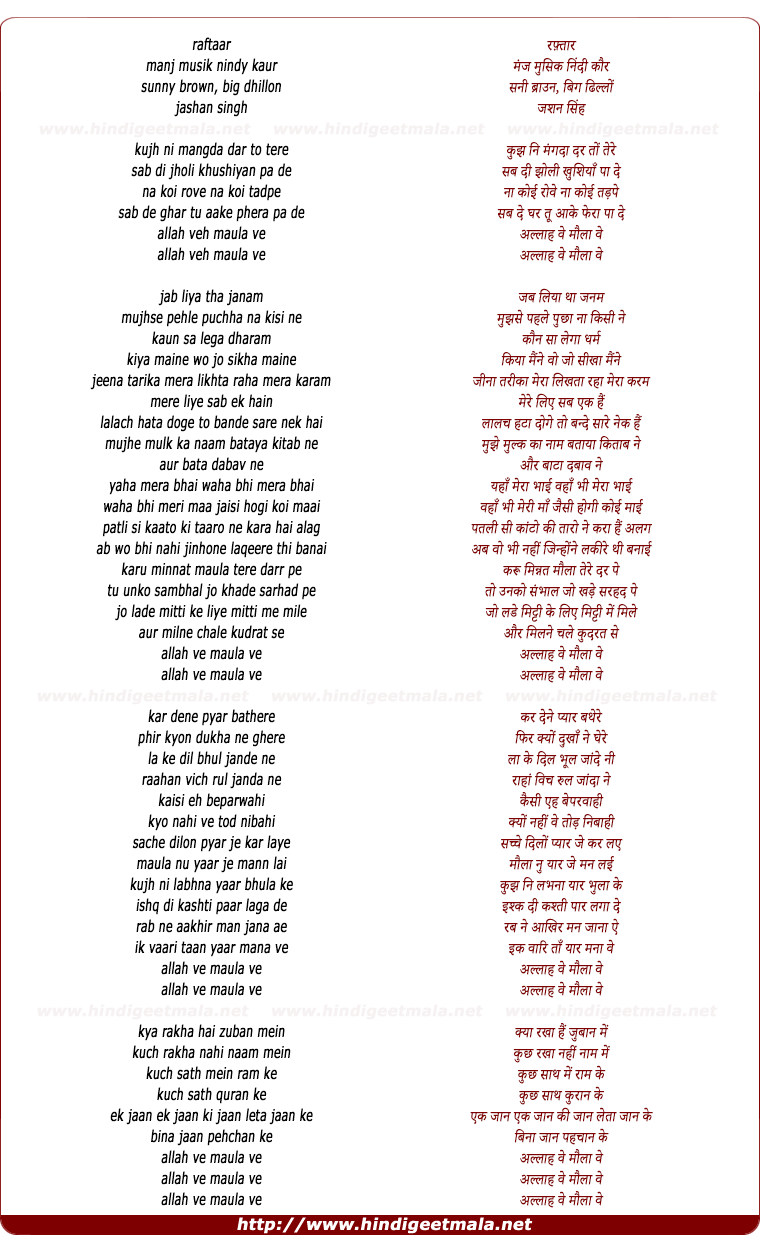 Comments on song "Allah Veh"
Rammi Singh on Saturday, September 12, 2015
Beautiful lyrics and greatly arranged music...A happy feeling to listen to
something not filthy and nonsense which can't be related to.
This one makes so much sense...Raftaar is good with his rap in this one...I
like it coz he is not comparing himself to his counterparts..
Nice music overall!!
(Nothing against anyone).﻿

mohinderpal singh on Tuesday, August 25, 2015
Excellent..only Gurdas maan , and ably supported by Dalip dosanj, could
have pulled this one, lyrics and music absolutely in sync.a good one
from coke studio india, normally our neighbours are a little better at
experimenting.Keep up the Good work !!﻿

shezee jan on Thursday, August 20, 2015
Nice track , but y you guys take raftaar in this track his voice is like
tractor , everything was perfect but raftaar make his rap just funny with
overacting , you guys have to made same song with BOHEMIAN THE REP STAR .﻿

Manjit Singh Jabbal on Sunday, August 30, 2015
Beautifuly written and sung but rap doesn't make anything for the song. Rap
isn't suitable for indian music, indian music already perfect as you can
listen above without rap. In all beautiful song. Thumb up.﻿

Vinay Venugopal on Tuesday, December 01, 2015
We already have too much hate in this world..doesn't this song
beautifully render the futility of war?
Take a deep breath, take a step back from the hate - for love is all we
need.﻿