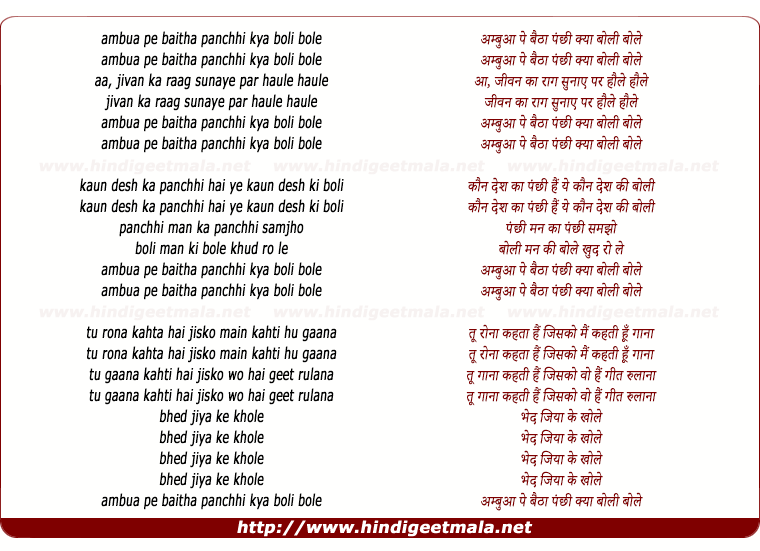 Comments on song "Ambua Pe Baithaa Panchhi Kya Boli Bole"
haqiqat rai on Saturday, November 22, 2014
I am 82 year old; but had never heard both of the actors- Husn Bano &
Ramanand. I have watched Amar, but never had foreknowledge of Husn Bano; as
such have no knowledge what role she played. A little correction, though.
Lata Mangeshkar was introduced by MD Ghulam Haider. The movie in which she
was a playback singer was Majboo--, starring Shyam, Munnawar Sultaai, Indu
& Sohan--which was produced in 1945. Naushadji was a wonderful person. His
folk songs were breathtaking. He remained wedded to our ancient treasure of
musical heritage and was highly critical of switching over to Western style
music undermining our own heritage.﻿

IrmaVep9 on Wednesday, February 12, 2014
Thanks for this! The actress is Husn Bano. You'll see her in later Mehboob
Khan films like Bahen/Sister and Amar. She's gorgeous.﻿

Yesu Das on Friday, May 20, 2011
Nice upload! Don't remember to have heard that much before, that too such a
long time ago! Evergreen music. Enjoyed a lot.