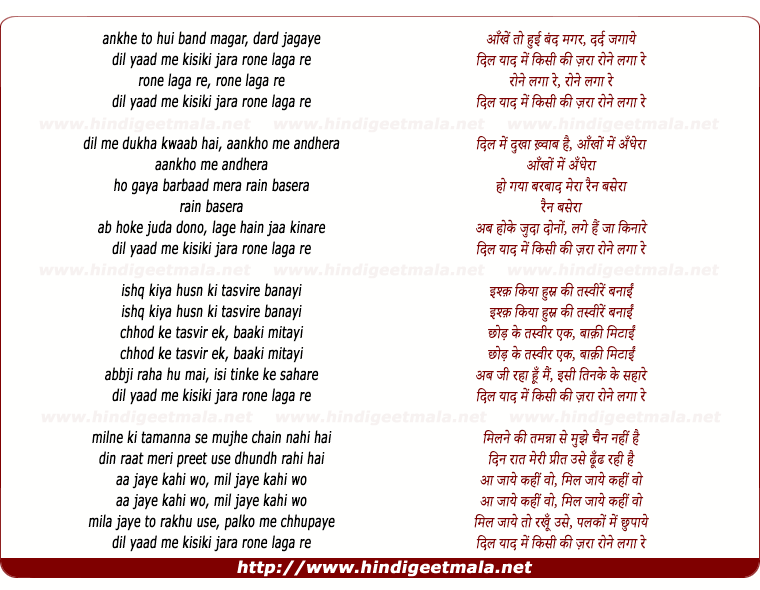 Vidur Sury on Monday, July 25, 2011
Ashok Kumar Ji was a singing star in all but one of his films till 1948
(the exception being Saajan - 1947). Hariprasanna Das Ji, a lesser known
but great composer, did an excellent job with him, heroine Naseem Bano Ji -
another singing star who was unfortunately given playback immedaitely after
1947, Mohantara Ji and Rafi Ji. Thanks for sharing, great job.

kuckudk on Monday, July 25, 2011
Wah wah Kya baat hai, Ashok Kumar has sung very few songs but this one is
very rare, listening to it for the first time. Thank you very much Basheer
Saheb for sharing it with me.

Colonel Rao on Wednesday, October 12, 2011
A rare song by Ashok Kumaji. He sang his own songs initially and film
Jhoola was highly successful.He was a great artist in all aspects.Thabks
for this rare song.

Sham Samant on Saturday, September 03, 2011
Really a great song, and what music from Hari Prasanna Das ! Thank you very
much Sir for presenting this song.