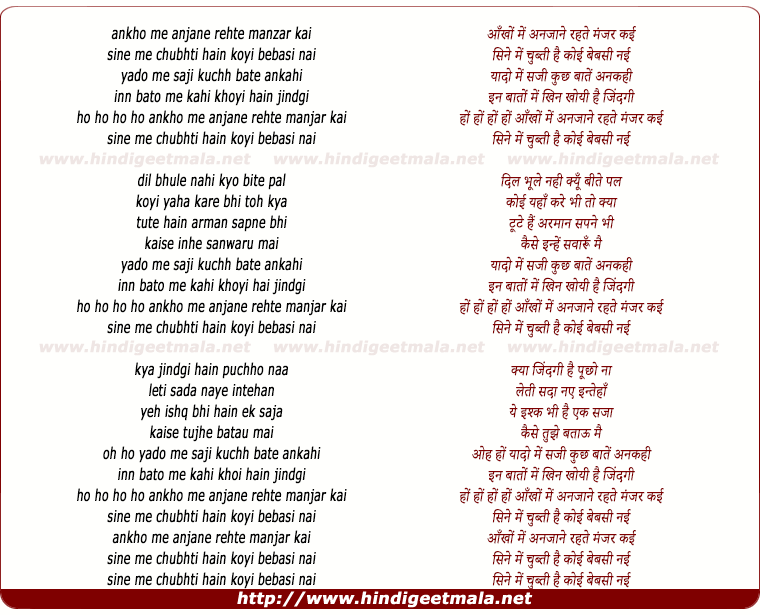 Comments on song "Ankho Me Anjane Rehte Manzar Kai"
5051diko on Wednesday, October 07, 2009
My god...when i watched this movie 1st...Really gr8 Isha,i feel pity abt his wife bt u still were right,u loved him so much...and if i were u,i'd do the same...mwah
Desi4evah on Sunday, November 15, 2009
What a coincidence. They all started their careers in consective years.

jaggi690 on Saturday, January 15, 2011
yes this song is only feel the immotion there is no time after it because nobody know about the next time
shehzaadi91 on Sunday, March 15, 2009
yup I've heard it...beautiful song. I love it even though I can't understand the lyrics.
zayedkhan929 on Saturday, May 09, 2009
I like the female version of the song! It's so pretty! Thanks for the
translation!!!