Video of this song from youtube
Average Rating : 4.06
Total Vote(s) : 34
Please rate this song between 1 star and 5 stars (5 stars being the best). Just move your mouse on the stars above and click as per your rating. Your rating will really help us to improve our website. 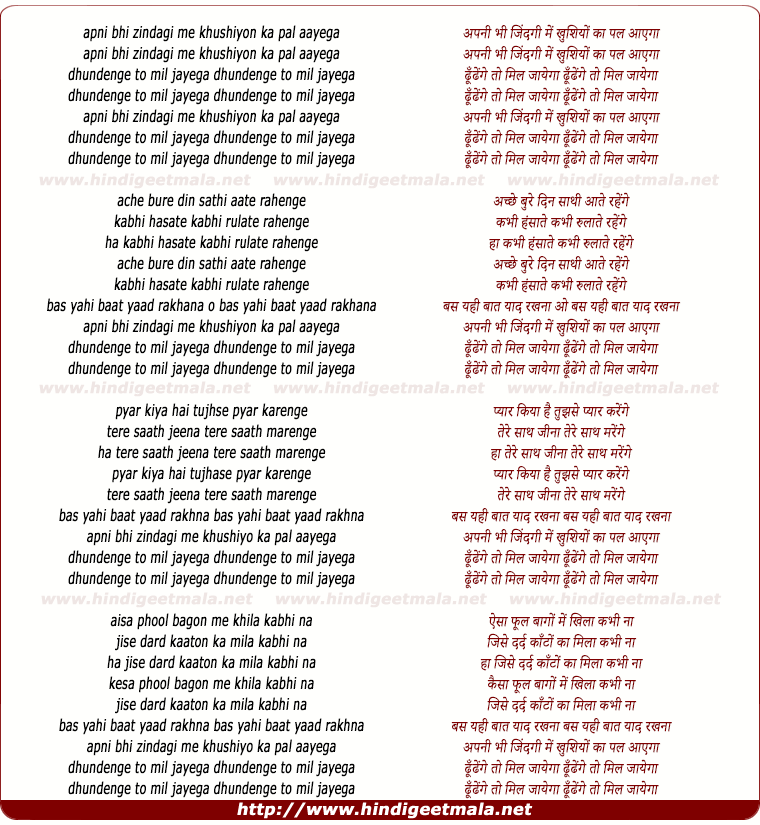 Anik Bhowmik on Saturday, August 06, 2011
I'm 19 and I live in London. I grew up listening to there types of songs,
Sad to see the decline of traditional bollywood songs. Songs nowadays are
so westernised and so out of tune, #Boycott Modern Bollywood.

nassima06 on Sunday, March 29, 2009
i have lol, i first watched it wen i was 6 i kept cryin to my mum askin her why they were so horrible to juhi!!!!
ajayvardhan on Sunday, June 01, 2008
alka and kumar both are awesome in the nadeem shravan musik they all are
awesome