Average Rating : 4.48
Total Vote(s) : 27
Please rate this song between 1 star and 5 stars (5 stars being the best). Just move your mouse on the stars above and click as per your rating. Your rating will really help us to improve our website. 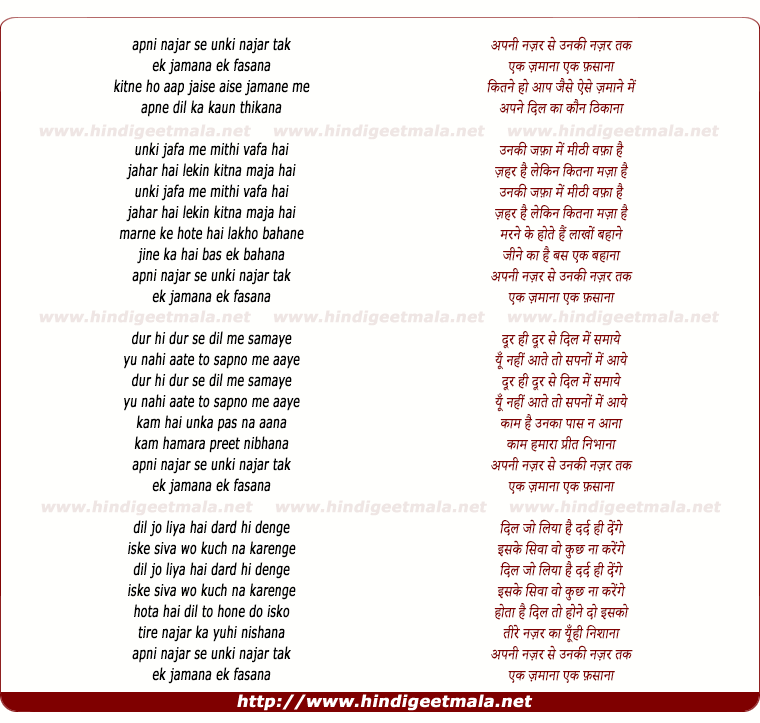 Comments on song "Apanee Najar Se Unakee Najar Tak"
nandu1f on Friday, September 09, 2011
Very sweet voiced singing and great composition. I remember my elder sister
used to talk about the movie "humlog". Nutan looks so young in there, and
wonderful exoressions on her face. I suppose one could see she was destined
to become the alltime greatest actress of Hindi cinema. Thanks RBA ji.

Mahesh Mehta on Monday, December 06, 2010
@apparaoarani I think it was Sajjan and not Nasir Khan with Nutan in this
film.Balraj Sahani and Shyama also had imporatant roles in this Zia
Sarahadi film. Mahesh.