Average Rating : 4.11
Total Vote(s) : 36
Please rate this song between 1 star and 5 stars (5 stars being the best). Just move your mouse on the stars above and click as per your rating. Your rating will really help us to improve our website. 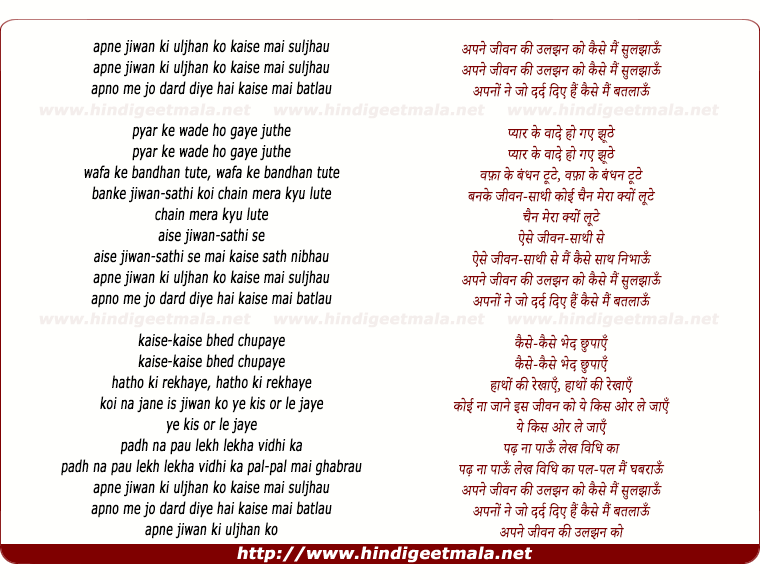 14tomshaw on Monday, May 06, 2013
Full of pathos. To think the Sanjeev-Sulakshana love story ended so
tragically in real life as well! He has been dead for 25 years + for now
and she is in bad shape, emotionally and financially. Sulu looked so glam
despite being somewhat overdressed. Even Shabana had once remarked that she
wished she could be as glamorous as Sulu

Sandro Nesta on Sunday, January 26, 2014
what i feel is that this song depict the short life of such a legendary
actor﻿