Video of this song from youtube
Average Rating : 4.47
Total Vote(s) : 17
Please rate this song between 1 star and 5 stars (5 stars being the best). Just move your mouse on the stars above and click as per your rating. Your rating will really help us to improve our website. 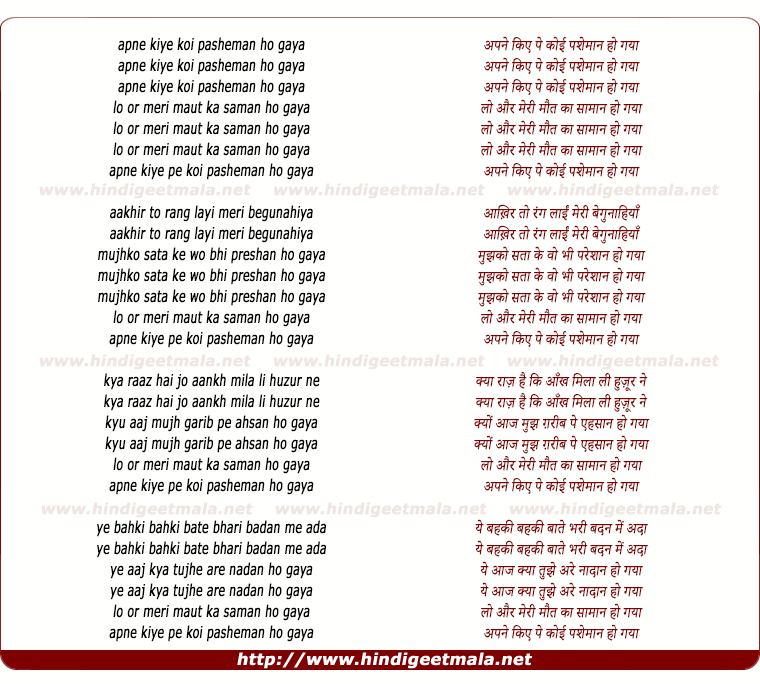 Comments on song "Apne Kiye Pe Koi Pashemaan Ho Gaya"
Vasant Pusalkar on Sunday, May 01, 2011
Dear Amitajai, Thanks for uploading these forgotten nice songs. Ravi
composed the music for this film. People think that Ravi took always Asha
Bhosle but the best songs he gave to Lataji. e.g. Gaironon pe karam from
'Aankhein', bikharake julphe..from Nazarana, may be Lata put her own in
songs as usual ! Jayashri was V. Shantaram's second wife and Rajashri's
mother. She ruled in forties and fifties beginning but in 1958 she was
outdated and it is seen on screen.