Video of this song from youtube
Average Rating : 4.36
Total Vote(s) : 25
Please rate this song between 1 star and 5 stars (5 stars being the best). Just move your mouse on the stars above and click as per your rating. Your rating will really help us to improve our website. 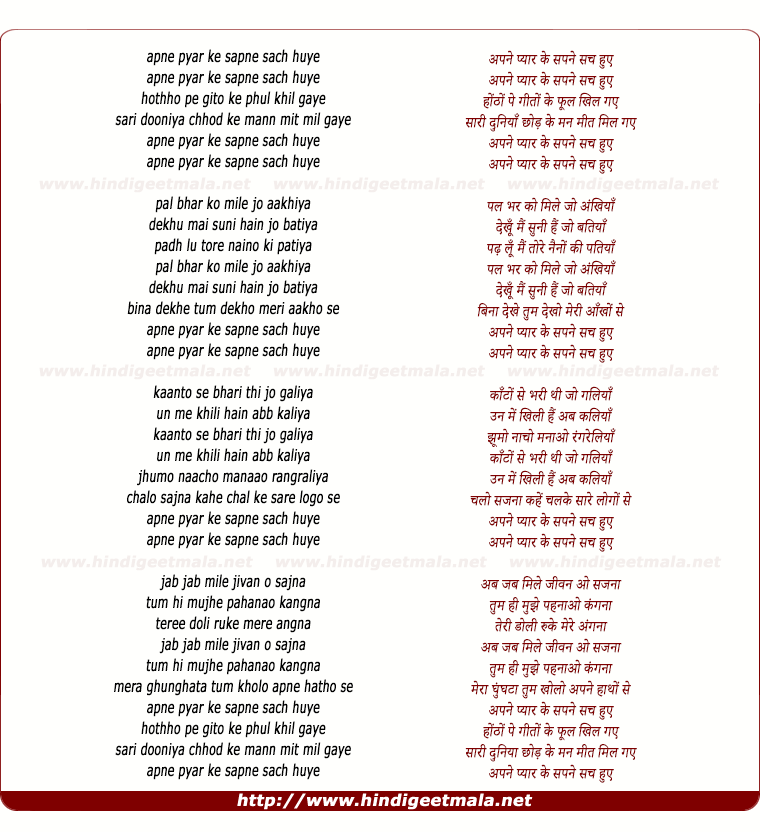 shreakh sabten on Tuesday, August 09, 2011
the happiness ,the exaltness and buoyness that comes to lovers after
falling in love is so truely and so fabulously expressed in this
song.people,listen to this type of songs.positive attitude develops from
these kind of songs.love it.

gbolagun on Wednesday, May 26, 2010
One of the best songs from the Indian filmworld; compliments of Kishore's
and Lata's voices. I will keep appreciating this song as long as I watch
it. We love this song so much in Nigeria those days. Thanks for posting.

bregoji on Sunday, December 26, 2010
@mrrampersaud you are right these has been the magic of Panham Da that his
music is liked by younger generation that too 20 years after his demise.Its
been said that his music will far out live him in years to come

gbolagun on Monday, January 12, 2009
one of the best rhythms of its time. great song by the great man, Amit and
the beauty queen, Raakhe. great film of the 80s. thanks for uploading this
very beautiful song to listen to. cheers.