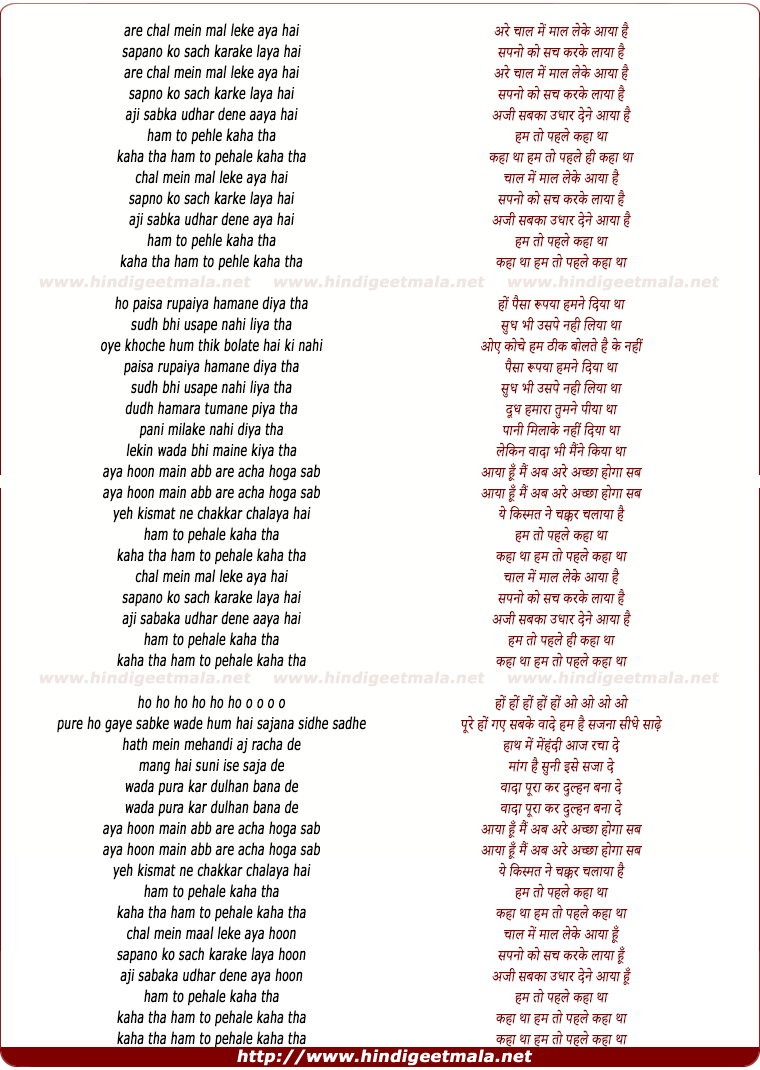 Comments on song "Are Chal Mein Mal Leke Aaya Hai"
prad1979ify on Saturday, July 10, 2010
Udit came to Bombay in 1978, and got first picked by Rajesh roshan for this movie
his voice was praised by Mohd.Rafi after recording of this song... He was only 25 at that time...He carries the bollywood playback gharana after Mohd Rafi with his original voice...He is very humble, polite, honest and a real sweet melodious vocal artist in bollywood playback singing..

uditfans on Monday, April 05, 2010
rafi ji is legend and udit is good to try sung this song that time
now uidt is legent like rafi ji